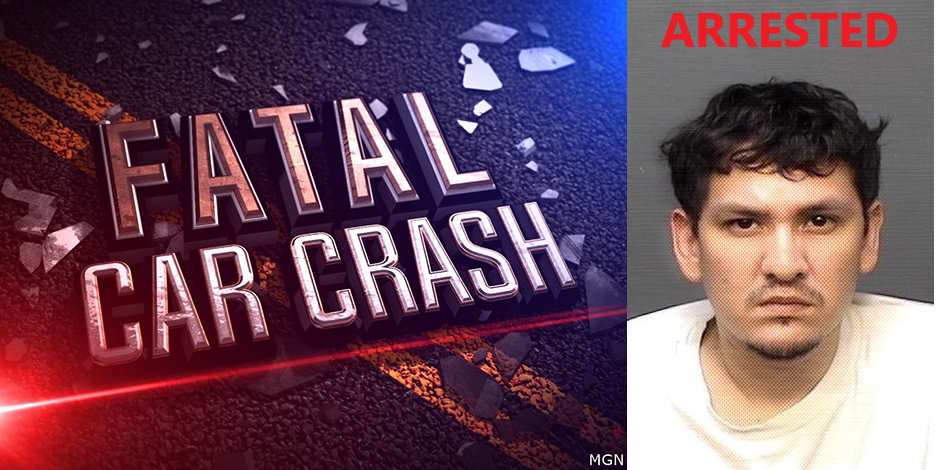 BROWNSVILLE — A father accused in a June accident that left his wife dead and his two children injured has been formally charged in the case, police said.

Miguel Angel Dominquez turned himself in to the Brownsville Police Department on Wednesday after he learned an arrest warrant had been issued for him charging him with one count of manslaughter, two counts of aggravated assault and two counts of injury to a child, said investigator Martin Sandoval, spokesman for Brownsville PD.

The accident happened at about 11:47 p.m. on June 28 at South Padre Island Highway, formally known as Highway 48, and Minnesota Avenue.

Authorities said Diaz, the driver of a white Yukon, in which the mother and children were passengers, disregarded a red traffic light at the intersection which caused the family’s SUV to collide with two other vehicles.

The 27-year-old mother died at the scene. The children, ages 6 and 2, had been hospitalized.

The drivers and passengers of the other vehicles were also transported to other hospitals with non-life threatening injuries.

Bragging rights on the line for Porter, Lopez in Battle of Southmost