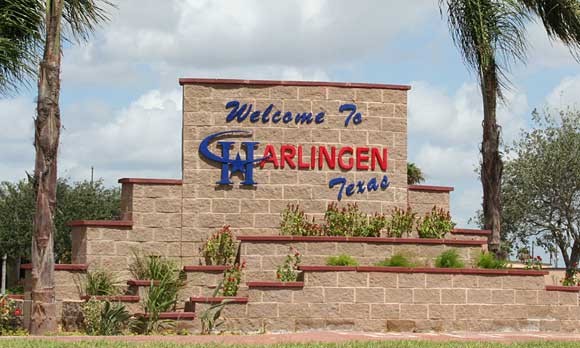 HARLINGEN — Two of the area’s top lawyers are passing the baton after the city commission’s new majority botched the city attorney’s firing.

Attorney Mark Sossi, who serves as San Benito’s and Mercedes’ city attorney after a 15-year stint in Brownsville, is taking over as an interim replacement for City Attorney Ricardo Navarro a week after commissioners fired his legal team — but failed to fire him.

Three weeks ago, Commissioner Rene Perez said was voting to fire Navarro because he believed some of his legal advice wasn’t made in the best interest of the city.

During a name-clearing hearing last week, Navarro, with the law firm of Denton, Navarro, Rocha, Bernal, Hyde & Zech, told the four-member majority he and his legal team worked for the city’s best interests since he took the job in late 2016.

In an emotional address, Navarro told commissioners he couldn’t respond to their concerns during a Sept. 1 meeting because he was undergoing surgery “for a mild cancer condition” at the Mayo Clinic in Rochester, MN.

“I think I was a little surprised to see the concern raised that some of our work related to fairly controversial legislation was that we were not acting in the best interest of the city,” Navarro told commissioners as he took the podium during the Sept. 15 meeting.

“I asked for this item in open session as a name-clearing hearing to tell you that I have never, ever been accused of that, and to be accused of that here, where I’ve lived for 20 years, really is wrong,” he said.

“I’ve been practicing law 35 years. We are all — all the lawyers here — we are all guided by the rules of professional conduct. We study those and we abide by those. So everything we do has always been done in compliance with our ethical and legal obligations to the city of Harlingen — and I say that with some emphasis for this reason — the client is the city of Harlingen. We represent the entity as a whole — we do not represent you individually. We represent the entity and we work through you as intermediaries through rules of majority vote and other democratic processes.”

“What that means is, a lot of times we really can’t tell you what you want to hear. We have to tell you what you need to hear and it’s not popular — and any lawyer that does municipal law knows how difficult that is,” he said.

“We have done our dead-level best to give you the best legal advice that you can get, even when we know it’s not always welcome, and we’ve tried to do that in a way that’s professional and to explain why it is we have to do that,” he said.

“We didn’t mishandle anything. We made a recommendation — you didn’t agree with it. You get to not agree with it — that is your prerogative. That doesn’t mean that we haven’t acted in the best interest of the city. That’s really what I want to make clear,” he said.

“I think it was somewhat of a blessing. I really believe in the Holy Spirit, and I think what I realized watching the meeting, where I could see the discussion without me present. I realized you all want to go in a different direction, and I don’t think I can follow you down that road and be true to our principles of how we think this should work,” he said.

In response, Perez told Navarro he believed the decision to terminate him was made in the best interest of the city.

“As an elected official, I have to do what I feel is in the best interest of my constituents,” Perez said. “This wasn’t a knee-jerk reaction. I thought about it, I lost sleep over it but ultimately I thought this was the best decision for the city. The reason I felt that — there are certain things I just wasn’t comfortable with. When it boils down, the city commission has to have trust with the city attorney — that the advice that they’re giving is in the best interest of the city, and in this case, from other circumstances that have happened that we’re not going to get into, I didn’t have that anymore.”

Then, Navarro told Perez he wouldn’t have been able to continue representing the city under the new commission.

“In an attorney-client relationship, there has to be some trust. After the meeting, I feel the same way — I can’t overcome that. We’re not going to be able to work together.”

“Frankly, you had every one of your partners here. Not one of them said, ‘You know what, you need to do it this way — you forgot about this.’ They knew what was on the agenda — they didn’t address it. They also didn’t correct it when we posted it — and that is your job to give us counsel.”

In response, Navarro told Uribe the hospital didn’t give him internet access to allow him to view the Sept. 1 meeting’s agenda.

Meanwhile, he said his legal team couldn’t have determined whether commissioners had mistakenly proposed his firing because it didn’t know the details behind the contract he negotiated with the city in 2016.

After commissioners voted 4-1 to remove Navarro effective Oct. 2, they voted to hire Sossi as interim city attorney, based on Serna’s recommendation.

Commissioners hired the firm of Troiani & Sossi, with offices and Brownsville and Houston, at a rate of $200 an hour.

In late 2016, a previous commission hired Navarro, whose firm Denton, Navarro, Rocha, Bernal, Hyde & Zech runs offices in Harlingen, San Antonio and Austin, at a rate of $195 an hour, replacing Rick Bilbie, who was drawing an annual salary of $130,687.

For the upcoming fiscal year, officials budgeted $513,531 for legal expenses.

During the last two years, expenses climbed because the Texas Municipal League didn’t cover a few lawsuits filed against the city, Navarro told commissioners during the meeting.

Nine reported dead from COVID-19 this week in Valley