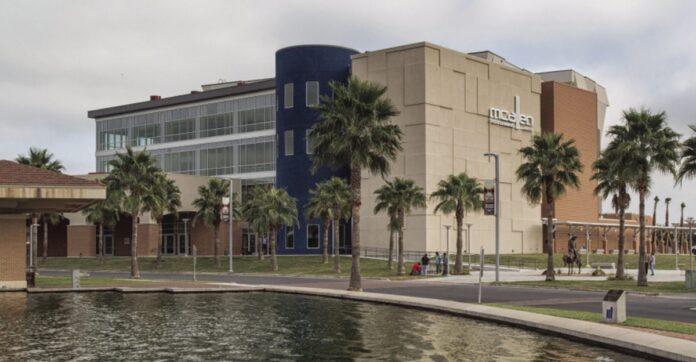 The city of McAllen held a media breakfast at the McAllen Performing Arts Center on Tuesday to announce its 2021-22 season, which includes over 50 live performances, including Rent and Charlie and the Chocolate Factory.

The moment marked the return of stage performances, which were largely canceled last year due to the COVID-19 pandemic.

The performing arts industry was one of the first to shut down in March 2020, with the  last-minute cancellation of Beautiful: The Carole King Musical. And its return seemed almost indefinite.

That show has finally received a new performance date along with 10 other McAllen Broadway shows coming down to the Valley, according to Joe Kosin, vice president of programming for Innovations Arts & Entertainment.

“I’m proud to announce today we’ve been able to find a new date that we feel confident in,” Kosin said. “We’re a resilient industry and we’re excited to be making up for lost time.”

A few of the McAllen Broadway shows announced include Million Dollar Quartet Christmas, Rent, Charlie and the Chocolate Factory and Beautiful, as well as concerts such as Disney Princess: The Concert and The Mavericks “En Espanol” World Tour.

The season kicks off late September with performances by Shen Yun followed by Zoé-Sonidos de Karmática Resonancia Tour 2021 later that month and will run until June 2022.

“It was a difficult year-and-a-half for us, but we’re coming back with a record number of events and so (when I say) the arts are back and better than ever, we really mean it,” Flores said.

For a full schedule of the performances set for this season, visit the McAllen Performing Arts Center’s Facebook page or conventioncenterdistrict.com.

The event opened with a quick dance routine and some pyrotechnics before city officials took to the podium to honor Huber.

“Melba’s gift for inspiring and instructing dancers created a legacy that spans the globe,” McAllen City Commissioner Omar Quintanilla said. “We are proud to honor Melba Huber with a proclamation.”

With the new proclamation, the city of McAllen will now recognize May 9 as Melba Huber Dance Day.

Julie Doyle-Reyes, the director of Melba’s Dance School, spoke on behalf of Huber and thanked the city for honoring her late colleague.

“We lost her this year, but she was a trailblazer in our community and led the way … for the arts in the Valley by fostering a love for the children in our community,” Doyle-Reyes said. “We’re going to continue that legacy and make her proud.”

City Manager Roel Rodriguez also awarded Doyle-Reyes a piece of history by handing her a carved portion of the original stage from the McAllen Civic Center Auditorium, which was opened by Melba’s Dance Crew in 1961.