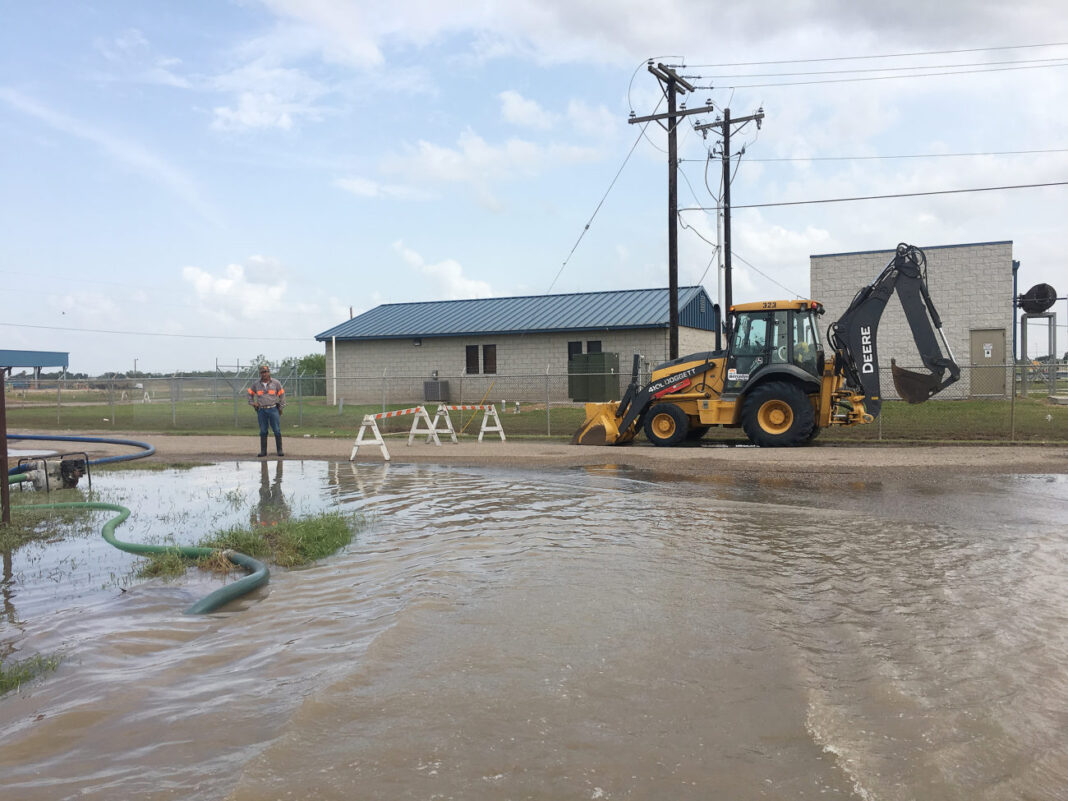 The city of Mercedes is one step closer to implementing substantial increases to its property tax rates, water and sewer rates, and public debt after the city commission approved the first round of votes needed to set the rate hikes into motion during a meeting Tuesday.

But it wasn’t a unanimous decision.

The commission’s votes on each of the three issues were split 3-to-2, falling along familiar faction lines.

The two commissioners who voted against all three proposals Tuesday night — Place 2 Commissioner Leonel Benavidez and Place 3 Commissioner Jose Gomez — have long pushed for more transparency in the city, including in its finances.

Now, after several years of city leaders failing to address the city’s financial woes, the commission — all of whom are serving their first terms in office — seem prepared to confront and resolve the issues head-on, but remain at odds over how to do so.

For Benavidez and Gomez, the ideal solution would involve strategic budget cuts while minimizing the burden to the taxpayer as much as possible. That means few, if any, tax and water rate increases, and limiting the amount of new debt.

But for the commission majority — made up of Mayor Oscar Montoya and Commissioners Jacob Howell and Joe Martinez — Mercedes is at a crossroads. For them, the only way out — after consulting with independent financial advisers — is to seek the measures they voted for Tuesday night.

Those measures include raising residents’ water and sewer bills by about $13.47 per month, increasing property taxes by 3 cents compared to last year’s rate, and taking on some $8 million in public debt in the form of certificates of obligation.

City staff have recommended the commission approve a tax rate of 0.7750 per $100 valuation. Though that represents an increase of 3 cents compared to 2020’s tax rate of 0.7450, residents will actually see a much higher tax bill thanks to increases in property valuations.

According to figures provided by the Hidalgo County Tax Assessor’s Office, the no-new-revenue tax rate — or the property tax rate Mercedes would need to assess in order to generate the same amount of revenue as it did in 2020 — would be 0.7090 per $100 valuation.

As a result, the proposed tax rate for 2021 is effectively a tax increase of 6.6 cents.

“You guys laid out the options, and as far as our best option, you guys presented the best option to help the city, correct?” Howell asked Don Gonzales, a financial adviser with the firm Estrada Hinojosa who was on hand during Tuesday’s meeting.

But between the city’s need to catch up on long unaddressed financial issues, and the commission’s desire to start making improvements to infrastructure, equipment and other city projects, it will take a combination of strategies to fund it all, Gonzales went on to explain.

“That’s why I think that it’s important to try and keep the entire context, because if you were to separate or bifurcate different pieces in and of themselves… it’s a balancing act that you’re basically trying to do,” Gonzales said.

Still, Benavidez argued that the city is moving forward in a manner that will unnecessarily increase the burden on taxpayers without exhausting other measures first.

“I’ve got my own concerns. I feel like we’re not being efficient. We’re not making cuts that we can make, and then just, obviously, footing the bill on the residents on other issues,” Benavidez said.

Howell countered that assertion, saying that city staff had explored making cuts, while tailoring the budget figures to target “human capital… and also repairs that we need for the city.”

“We did look at some of those pork spending, perhaps, and trim the fat off the budget, correct?” Howell said.

City Manager Alberto Perez said yes, using a contract for staff uniforms as an example of how the city had looked to lower some of its expenditures.

Perez also mentioned ongoing negotiations with the Rio Grande Valley Premium Outlets, for which Mercedes is seeking to reduce the amount of money it must pay the retail center as part of an agreement to share sales tax revenues.

Currently, the outlets are asking Mercedes to pay $1.5 million in the coming year. The city is hoping to reduce that figure by hundreds of thousands of dollars, but a renegotiation of the agreement has yet to be finalized.

Despite that, Mercedes has already factored the decreased debt amount into its budget calculations for the coming fiscal year, according to Finance Director Nereida Perez.

And therein lay another issue for Benavidez — that the commission majority is making substantial budgetary decisions with incomplete and potentially inaccurate information.

“There’s that potential with some of the things that are pending, things that are going on, and negotiations, but for us to sell that to the public, to say, ‘Hey, we need to do this, this is to fix.’ We can still fix (things), it’s how much we want to do with empty pockets, or trying to go for loans,” Benavidez said.

Near the end of the discussion on the three items, the mayor spoke up, saying Mercedes has already tried to squeeze as much as it can from every corner of the budget.

Speaking to Perez, the finance director, Montoya asked how much of the city’s operating budget accounted for non-payroll expenses. It was an allusion to the point made by Howell earlier in the discussion — that city leaders had tried to “target” the budget to protect “human capital” or employees in an attempt to avoid a reduction in force.

“Most of the departments you have are very small already. Your only big departments are fire, public works and (the police department),” Perez said, implying that there would be few options for cutting staff.

“There’s 40% of that money that we can find savings in. So, if we were to dig into that thing and try to pull out everything we can, that’s not gonna get us out of our hole that we’re in right now,” Montoya said.

The commission will need to hold one more public hearing on the proposed budget and tax rates prior to Sept. 29 before the new rates become official.

CORRECTION: This story has been updated to reflect that the proposed tax rate of 0.0775 per $100 valuation for fiscal year 2021-22 is essentially a 6.6 cent tax increase.

OPINION: Under stress: Pandemic’s affects beyond those who contracted virus