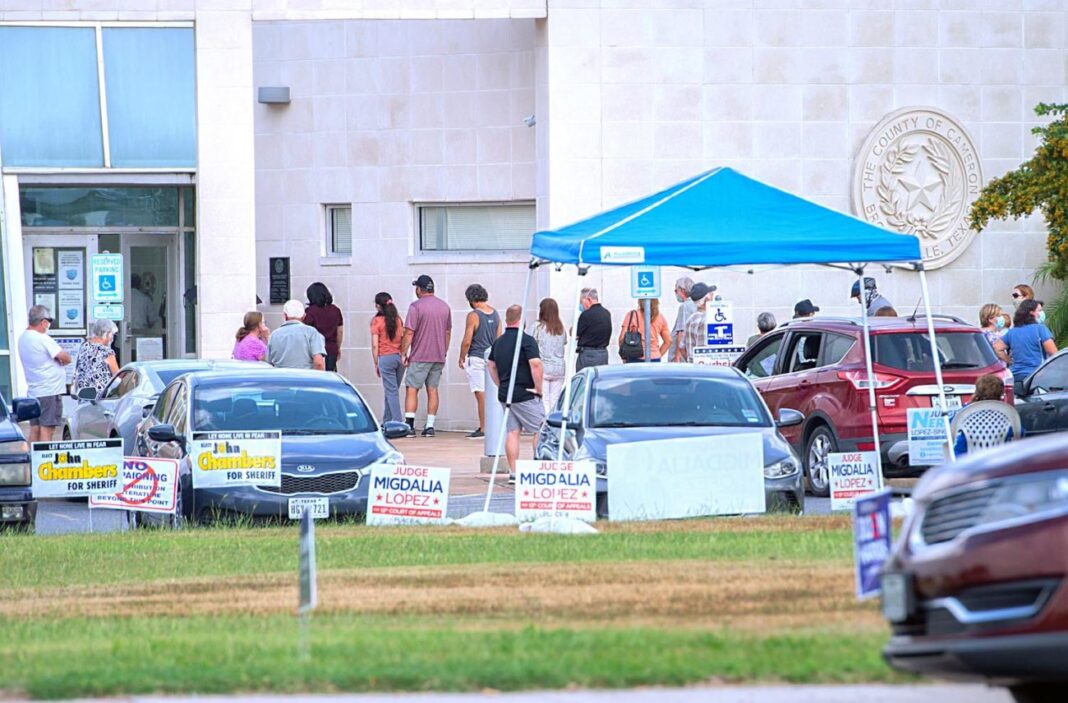 HARLINGEN — The city commission’s new majority’s push for term limits might be hitting a snag.

After weeks of heated debate, Commissioner Frank Puente says he’s pulling his support for a call to order an election allowing voters to decide whether they want to set term limits on the mayor’s and commissioners’ tenures.

On Wednesday, commissioners are set to vote on Commissioner Rene Perez’s push to call the May 7 election.

Last month, Puente and Commissioner Richard Uribe held off on the vote, with Commissioner Michael Mezmar standing opposed to the proposal.

Meanwhile, Puente called on commissioners to hold off any push for term limits until officials determine whether a new U.S. Census count will change the commission’s five district boundaries.

“The census may determine if the lines of our districts will change,” he said. “We’re predicting the lines will change because the population has grown.”

Under the city’s current system of staggered, three-year terms, residents get a chance to vote incumbents out of office every three years, Puente said.

“It still goes back to, ‘I’ve got something that’s working,’ so you stick with it,” he said.

For more than a year, Puente has questioned clauses in City Manager Dan Serna’s contract, drafted about the time he took the job in late 2015.

For weeks, commissioners have met behind closed doors to discuss the contract but have held off on taking action.

During Wednesday’s meeting, commissioners are set to reconsider the contract.

“What we’re trying to do is come to a consensus,” Puente said Tuesday.

Meanwhile, commissioners also want to remove a phrase requiring the mayor’s consent to fire Serna for “good cause,” Puente said.

The contract, drafted under former City Attorney Rick Bilbie in November 2015, allows a three-member majority to fire Serna without cause, Mayor Chris Boswell has said.

According to the contract, “for good cause is defined as having been found to have committed misconduct after an investigation has been conducted. Misconduct is defined as violation of any criminal laws of a Class B (misdemeanor) or above.”

“If the Harlingen City Commission terminates the city manager in the absence of a good-cause finding, the city agrees to pay the city manager a lump sum cash payment equal to 12 month’s salary and benefits…,” the contract states.

During the meeting, commissioners are also set to vote on Perez’s and Commissioner Frank Morales’ call to return to the Texas Municipal Retirement System following a workshop in which a state representative plans to present commissioners with information.

As part of the state system, employees could contribute 7 percent, which the city would match two-to-one.

As part of the former commission’s policy, the state system was funding city employees’ and retirees’ accounts to cover cost-of-living increases, forcing the city to pay additional 2- to 3-percent increases which led to its mounting unfunded liability.

Earlier this year, Boswell announced the city’s liability had dropped to $600,000.