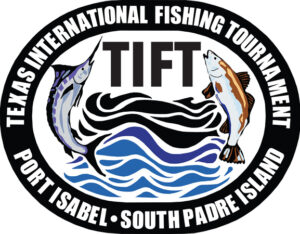 David Gower began competing in the Texas International Fishing Tournament at age 12, following in the footsteps of two generations of family before him. He has spent the past 20 years as a member of the tournament’s executive board, while his daughter continued the family tradition as the fourth generation of Gower to compete in the tournament.

Last year, Gower and his family, among others, witnessed the historic event come to a halt due to COVID-19.

TIFT made its return Wednesday, with the 81st edition of the event kicking off its festivities with the SpaceX Playday and early registration at the South Padre Island Convention Center.

“We’re excited as can be to be back in business,” Gower said. “Everybody has been waiting 24 months for this day. It’s going to be one of the biggest tournaments in many, many years.”

The historic event, which was started in 1933 by Doc J.A. Hockaday, is set to continue today, with anglers of all ages hitting the water to compete in one of three divisions: bay, tarpon or offshore.

Tarpon competitors can begin fishing 30 minutes before official sunrise until one hour after official sunrise each day. Weigh-ins for each competition is set to take place 2 p.m.-8 p.m. today and 2 p.m.-7 p.m. Saturday.

The five-day event will conclude Sunday, with the official awards ceremony beginning at 11 a.m. at the South Padre Island Convention Center.

Gower said the atmosphere has been a positive one during the tournament’s opening days, with anglers ready to hit the water and compete.

“People love to fish,” he said. “No matter what’s going on, pandemic or not, they’re going to fish. We couldn’t hold tournaments last year, but people still went fishing. But they’re excited to be back. They’re glad to be fishing in all the tournaments, but especially TIFT.”

TIFT tournament director Kristi Collier said the return of the event is about more than fishing, with families and friends who have participated in the tournament for decades reconnecting for the first time since the last event in 2019.

“It feels great,” Collier said. “This is a tournament steeped in tradition. We have third and fourth generational families that come out to fish at TIFT. It’s almost like a mini family reunion. A friendly reunion if you will.”