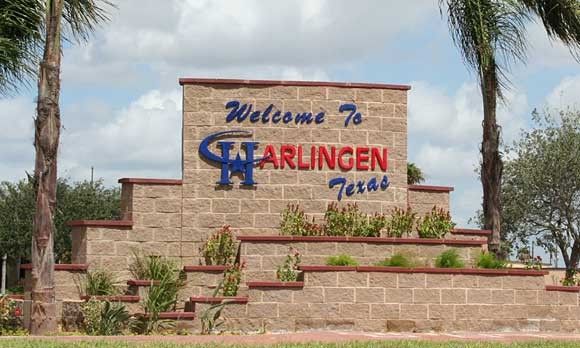 While calling for an election that could set term limits on the mayor’s and commissioners’ tenures, they’re planning to review City Manager Dan Serna’s contract.

On Wednesday, commissioners plan to order a May 7 election in which voters would decide whether to cap the mayor’s and commissioners’ three-year terms in office at three, effective at the May 2024 election.

According to the proposed proposition, the elected officials’ current terms won’t count toward their term limits.

For about two months, Commissioner Rene Perez has been calling for an election to let voters decide if they want to cap the mayor’s and commissioners’ tenures to open the door for more residents to run for office, spurring new ideas.

During a heated July 7 meeting, Perez said term limits help curb cronyism and what he described as the benefits of incumbency, including political influence.

In May 1 elections, voters in Brownsville and McAllen overwhelmingly set term limits on their mayors’ and commissioners’ tenures.

During Wednesday’s meeting, Perez and Commissioner Frank Morales are also set to request a proposition letting voters decide if they want to revise the City Charter to allow commissioners along with the mayor to make appointments to the prominent airport board.

Now, the charter gives the mayor sole authority to make appointments to the nine-member board.

According to the proposed proposition, commissioners along with the mayor would make appointments for three-year terms, with at least five members living within Harlingen’s city limits.

During the July 7 meeting, Mayor Chris Boswell said a committee revised the charter to give the mayor sole authority over the airport board’s appointments before he took office in 2007.

As part of a “compromise,” the mayor makes appointments to the nine-member airport board while commissioners appoint five members to both the Economic Development Corporation board and the WaterWorks board, he said.

After Commissioner Frank Puente opened debate more than a year ago, Perez and Morales are calling for a review of Serna’s contract, which includes a clause requiring four commissioners’ votes along with the mayor’s consent to fire the city manager for “good cause” — instead of three commissioners’ majority.

“We’re questioning everything about the contract,” Perez said Monday. “It was not made with the city’s interests in mind. The contract big-time favors the city manager. This in no way is similar to previous city manager contracts.”

During a closed session meeting, commissioners are set “to deliberate the appointment, employment, duties and other terms and conditions of the employment between City Manager Dan Serna and the city of Harlingen, Texas.”

Since last year, Puente has questioned the contract.

According to the contract, “for good cause is defined as having been found to have committed misconduct after an investigation has been conducted. Misconduct is defined as violation of any criminal laws of a Class B (misdemeanor) or above.”

The contract, drafted under former City Attorney Rick Bilbie in November 2015, allows a three-member majority to fire Serna without cause, Boswell has said.

However, the contract requires four commissioners’ votes with the mayor’s consent to fire Serna without paying a severance package including a year’s salary.

“If the Harlingen City Commission terminates the city manager in the absence of a good-cause finding, the city agrees to pay the city manager a lump sum cash payment equal to 12 month’s salary and benefits…,” the contract states.

During the meeting, commissioners are also set to review proposed auditing qualifications as they plan to search for a firm to conduct a “performance audit” aimed at evaluating the city management’s efficiency.

The commission’s majority’s calling for the hire of an auditing firm which would “conduct a variety of performance audit services,” according to the agenda’s executive summary.

“The auditing services may include financial, compliance, operational, investigative or other performance audits,” the document states.