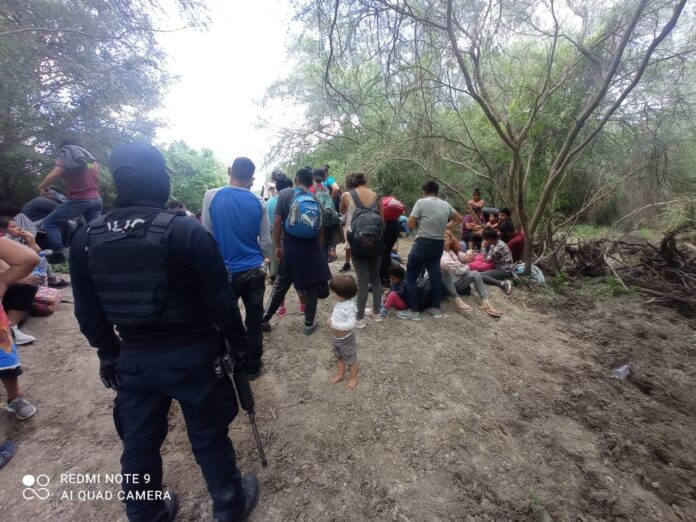 Tamaulipas state police stopped about 110 migrants from crossing the border into the U.S. on Thursday afternoon.

The large group of 110, including 56 children, was encountered around 2:30 p.m. in Díaz Ordaz, Tamaulipas, just south of the Texas community of Los Ebanos.

State police were on patrol when they noticed the migrants in the brush who tried to escape, according to a news release from the state of Tamaulipas.

Of those in the group, 49 are from Honduras, 45 from Guatemala; 10 from El Salvador, five from Nicaragua and one was from Mexico.

They were transferred to the custody of the National Institute of Migration.

Díaz Ordaz is in an area known as la Frontera Chica. It’s a region commonly known for a high number of crossings into the U.S.

Border Patrol estimates about 3,000 people cross per day through that area, though only about a third are apprehended, according to the news release.

It is unclear if the arrests are part of a new effort to decrease the number of people entering the U.S. between ports of entry.