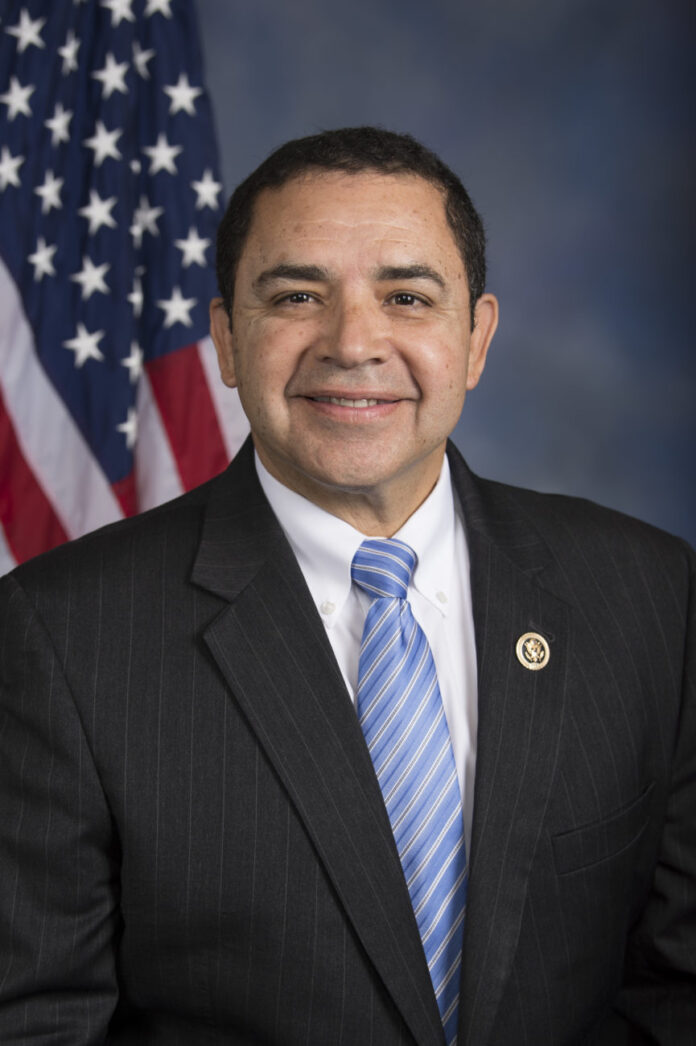 The Rio Grande Valley’s congressmen are lending their voice to the ongoing voting restrictions fight at the state Capitol, supporting the Democrats in Texas who broke quorum Monday by flying to Washington in hopes of convincing Congress to pass bills they say will safeguard voting rights.

Cuellar was joined by a handful of Texas representatives who flew to the U.S. Capitol on Monday as a last-ditch effort to break quorum and stall the passing of Texas House Bill 3 and Senate Bill 1, Gov. Greg Abbott’s and fellow Republicans’ effort to implement new voting restrictions.

“I certainly support the right to vote,” Cuellar said at the onset of his Zoom conference. “The right to vote is a cornerstone of American democracy.”

Among those who participated in Cuellar’s conference call was state Rep. Armando “Mando” Martinez, D-Weslaco, who was among the four Valley lawmakers who broke quorum and traveled to Washington on Monday.

The other Democratic state reps. who joined him were Alex Dominguez and Eddie Lucio III, both of Brownsville, and Bobby Guerra of McAllen.

Martinez described the actions of his Republican colleagues as “an attack on our democracy.”

“This special session is anything but special,” Martinez said. “It’s a suppression session. It’s an attack on our voting rights, what is most important, the very fabric of democracy, and that is what our governor and Republicans are doing. There’s much more fundamental issues out there in Texas like fixing the grid, like Medicaid expansion, access to health care and especially the flooding in the Rio Grande Valley that he has not addressed.

“That is what’s important to the people of Texas. He has put politics over people.”

Texas legislators are in Washington to support the passing of the For the People Act and the John Lewis Voting Rights Act. However, Democrats appear to be facing an uphill battle since bipartisan support is unlikely.

“Republicans are saying no to everything that we want to work on when it comes to voting rights,” Cuellar said. “It’s become a barrier, which is very unfortunate because, for example, when you take the John Lewis (Act), that is something that should be bipartisan. It should be bipartisan, but we’re seeing that politics is taking over in so many ways, which is sad.”

Both U.S. Reps. Filemon Vela, D-Brownsville, and Vicente Gonzalez, D-McAllen, have expressed their support for the Texas Democratic Caucus and their efforts to push Congress to pass the voting protection acts.

“I have spoken to Reps. (Eddie) Lucio, (Alex) Dominguez and Martinez during their stay in D.C.,” Vela said via text Wednesday. “I support both acts, and passage of these bills is the only way to stop Republican efforts to restrict the people’s right to vote. Passage of these bills depends on whether Joe Manchin agrees to reject the Senate filibuster rules. If he does so, the Republican efforts can be stopped. If he doesn’t, they will prevail.”

Gonzalez released a statement to the news media in which he also added his support.

“The right to vote is an indispensable pillar in the foundation of our democracy,” Gonzalez’s statement read. “I commend the Texas Legislators who had the courage to leave their families, homes, jobs and the great state of Texas to preserve our democracy. The U.S. House of Representatives has done its part to advance voting rights legislation by passing H.R. 1, the For the People Act. President Biden must take a stand and urge the Senate to do whatever is necessary to pass critical legislation that maintains the integrity of our elections and protects every American’s sacred right to vote.”

In response to a Monitor story reporting the Valley’s Democratic lawmakers flying to Washington, the Hidalgo County Republican Party offered criticism via Facebook on Wednesday.

“Their absence is a slap in the face of voters and revealing of their intentions,” the county GOP stated via social media, which referred to the proposed voting restrictions in Texas as “healthy” and “necessary improvements” to the elections process. “Do your jobs and work across the aisle to improve the obvious problems we have in (Hidalgo County). The elections here will one day be brought to light and on that day mark my words, roaches will scatter!!”

Bragging rights on the line for Porter, Lopez in Battle of Southmost