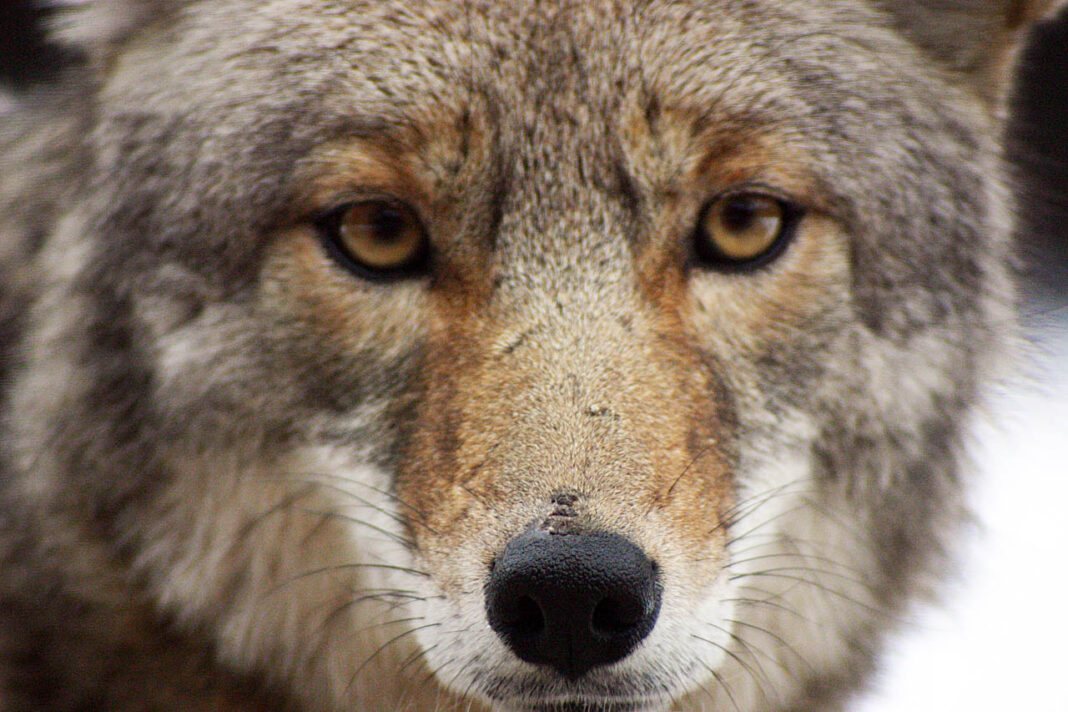 A coyote sighting in McAllen has prompted concern among pet owners in one neighborhood, but according to wildlife experts, it is not uncommon to see these nocturnal animals roaming within city limits.

Emy Garza, an 18-year-old McAllen resident was frightened by a pack of coyotes she encountered on her way into her neighborhood near Martin and North Sixth streets Saturday night.

Garza initially pulled over to feed what she thought were dogs, until she was close enough to identify them as four coyotes.

Given their resemblance to domestic dogs, it is easy to confuse the two. However domesticated dogs are smaller than coyotes.

A pet owner, Garza said the coyotes had her neighbor’s cat cornered, so she used her car lights to scare them off. She took her cats and other neighborhood cats into her cage that night to protect them.

Garza said she hasn’t seen the coyotes again, but has heard them “yipping” during the night. It’s a distinct vocal sound similar to that of a crying baby or a dying animal.

The Texas Parks and Wildlife Department said urban coyotes are a symptom of human expansion, especially in the fringes of large metropolitan areas.

According to the department’s website, “Trapping and similar nuisance control actions cannot eliminate urban coyote problems, although this can be part of the solution in some situations.”

Garza called police Saturday night, but was told to call animal control Monday morning. When she finally did, she was told many residents had called to complain about coyote disturbances.

While seeing a coyote might be frightening, experts say it’s important to remember that coyotes are nervous around humans.

That being said, the creatures can still cause damage to human’s furry friends, as they kill and eat domesticated animals, including goats, sheep, cattle and other animals like mice, cats, rabbits, birds, fish and groundhogs.

When these small animals are unavailable, coyotes forage from garbage cans, so residents should keep garbage securely stored.

Residents should also protect their pets by keeping them indoors during the evening.