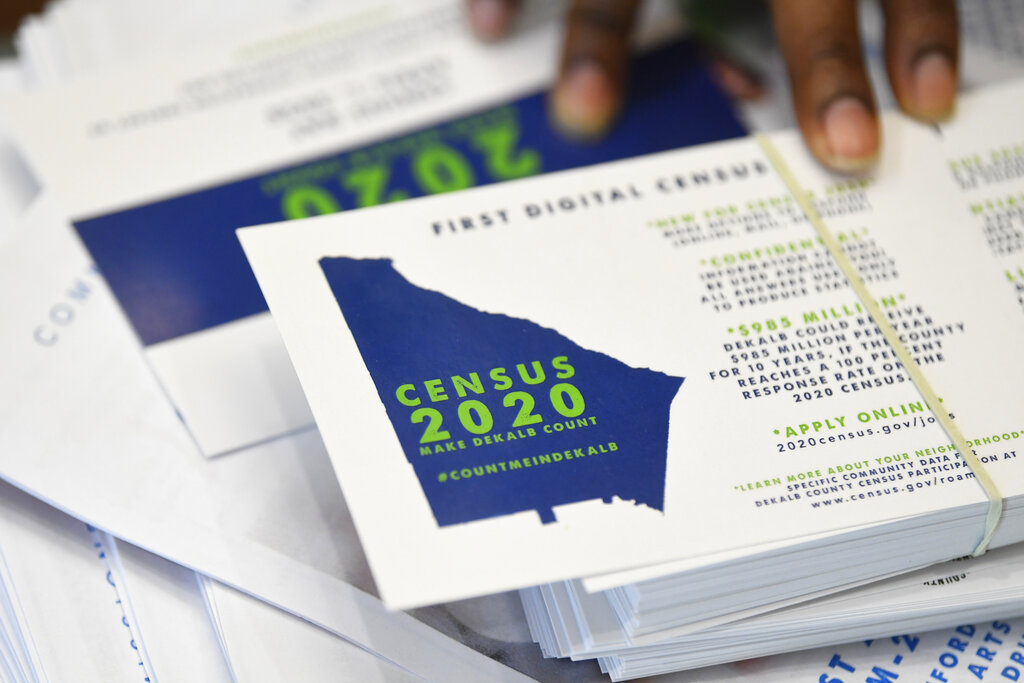 Timothy Olson, associate director for field operations for the U.S. Census Bureau, didn’t have local population numbers to share during his appearance at the Cameron County Courthouse Thursday, though he did praise county officials for their hard work in getting everyone counted, a task made that much more daunting by the COVID-19 pandemic.

Olson did have news about Texas in general. About a month ago the bureau released 2020 apportionment data, which will dictate each state’s representation in the U.S. House for the next decade, he said, and noted that Texas’ population growth was double the rate of the United States, netting the state two additional congressional districts — more than any other state.

Redistricting data, which states use to draw new congressional districts, will be released on Aug. 16 and will consist of a block-level population count including the gender and race of every voting-age resident counted, Olson said. Combining that data with boundary overlays, the county and its municipalities will be able to calculate their specific populations, he said.

At the end of this year and into 2022 the bureau will issue its much more detailed demographic profiles for every jurisdiction in the country, Olson said.

Joining Olson was Census Bureau Deputy Regional Director Vicki McIntire, who commended the county’s census effort, which resulted in 99.99 percent of its residents being counted by Oct. 5 — higher than the national average. The effort was led by County Clerk Sylvia Garza-Perez, who chaired the Complete Count Committee.

“We are pretty close to having data for every single household,” McIntire said.

She said the percentage of residents counted through all means, including door-to-door enumeration, shouldn’t be confused with the self-response rate, or those who completed the census on their own, whether it was online, over the phone or mail-in. The county’s self-response rate was 59 percent, McIntire said.

“That other 41 percent we had to do in person,” she said. “Census requires us to get data for every housing unit. People get confused by that.”

Olson said Garza-Perez and her team, with the robust support of county leadership and the aid of enumerators paid by the bureau, did an admirable job engaging county residents in the Census process.

“You should be really, really proud of the incredible work that you did,” he said. “The Lower Valley really came out and really made this their Census and got themselves counted.”

County Judge Eddie Trevino Jr. said he was worried when the pandemic threw the Complete Count Committee’s carefully laid plans out the window, given the importance of an accurate count in the apportionment of federal dollars.

“In spite of the obstacles that we faced, Sylvia and her team were extremely creative in coming up with different ways to address the reality of social distancing,” he said.