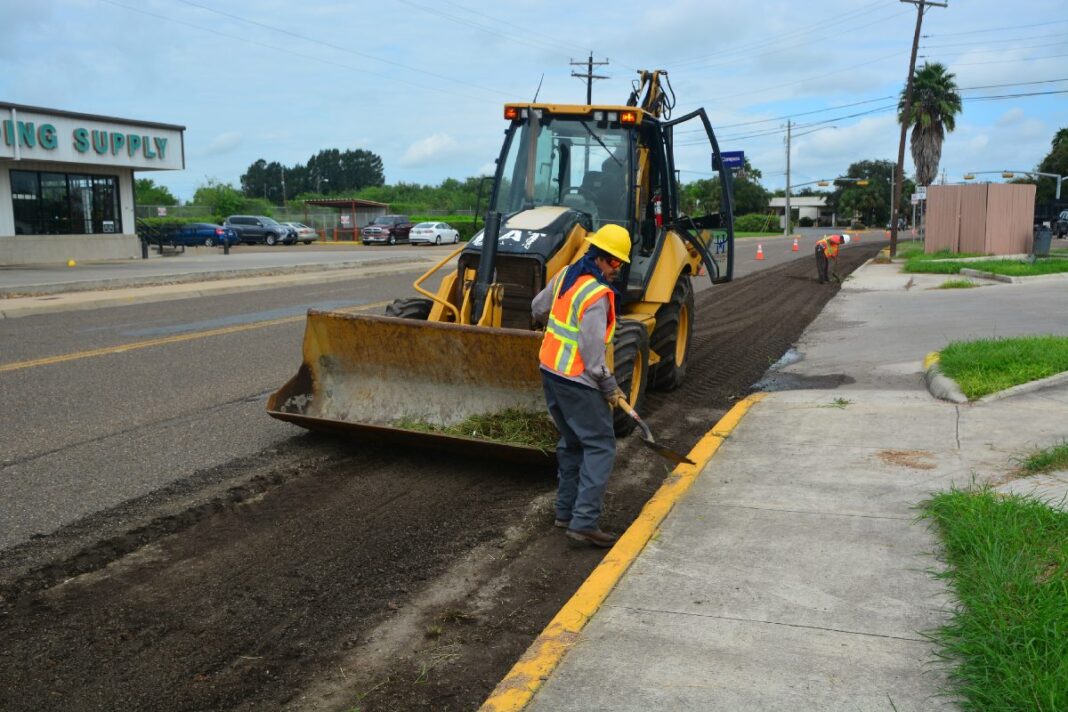 At City Hall, City Manager Dan Serna is also giving every city employee a $1,000 bonus for working during the coronavirus pandemic.

Across the country, the $1.9 trillion American Rescue Plan Act aims to help local governments recover from the economic slowdown stemming from the pandemic.

Earlier this week, city commissioners reviewed a list of projects the city plans to fund with its $22.1 million stimulus package whose first $11 million payment is expected to come in next week.

During a meeting, officials presented plans to fund $10.3 million in WaterWorks projects, $4 million worth of drainage projects and a $4 million project aimed at expanding broadband coverage across the city.

Meanwhile, they are setting aside $2.1 million to help the city offset revenue losses.

Across the WaterWorks System, General Manager Tim Skoglund plans to use $10.3 million in federal aid to cut the costs of $33.8 million worth of water and sewer projects tied to his $150 million 20-year master plan.

At the city’s sewer plant built in 2016, Skoglund plans a $12 million “highest-priority” project aimed at expanding the plant’s treatment capacity.

The plant upgraded in 2017 to treat 10 million gallons of wastewater a day is designed to boost capacity to 30 million during two-hour periods.

“There’s nothing about the plan upgrade done in 2017 that’s at fault,” he said. “I wouldn’t change that design.”

At the sewer plant, Skoglund also plans a $5.3 million project aimed at removing 10 years of accumulated sludge while upgrading the plant’s sludge processing and dewatering system, redesigning its lagoon and disposing the waste at the landfill.

As part of the federal aid package, officials are setting aside $4 million to fund drainage upgrades.

During a presentation, Assistant City Manager Carlos Sanchez said the money will fund storm sewer projects along the Jefferson Street area and along the Business 77 and 13th Street areas.

The stimulus package will also fund a $4 million program to expand the city’s broadband coverage.

“The goal is to provide Wi-Fi connectivity throughout the city in order to supply access to students, residents and workforce to help bridge the digital divide, close the homework gap, allow for home-based schooling and work-from-home,” Mujica said during a PowerPoint presentation.

Project costs include hiring a consultant to help the city expand its coverage.

“My main concern … is costs later down the road,” Commissioner Victor Leal said. “Today, we’re replacing Wi-Fi systems that are probably five or six years old. I just want to know how we’re going to pay for it into the future.”

“As a city, we need to begin the process of investing in this type of infrastructure,” Boswell said.

“It’s as important as electricity and water in the current environment that we’re in and the sooner we start making those investments the better off, I think, our city will be in the future and the idea of trying to also incorporate an expanded fiber optics system will be good for business,” he said. “It will attract business that, you know, might not otherwise come to our community because they can’t tap into fiber optics.”

As part of the stimulus package, officials plan to use $2.1 million to offset revenue lost as a result of the pandemic.