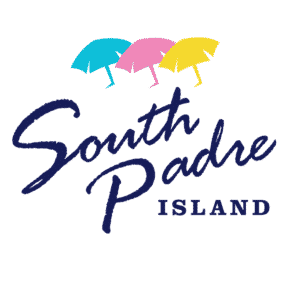 SOUTH PADRE ISLAND — The use of rental transportation devices in this coastal city has been a hot topic of debate by city leaders, business owners and residents.

On Wednesday, South Padre Island City Council approved the first reading of an ordinance prohibiting the rental of motor-assisted scooters and electric bicycles, as well as the operation of them in public property, streets, highways, right-of-ways and sidewalks.

The decision was approved by a four to one vote. SPI Mayor Patrick McNulty chose to abstain from voting.

According to a draft of the ordinance, restricting the wide scale placement and use of motor assisted scooters and electric bicycles within public areas of the city and on city owned property is necessary in the interest of public safety and is established to enhance public safety.

The draft ordinance also states that it does not apply to mopeds, motorcycles or motorized mobility devices designed for transportation of persons with physical disabilities.

According to SPI Police Chief Claudine O’Carroll, from March 1 to April 6, there were 23 documented e-scooter incidents.

O’Carroll listed several no helmet violations, abandoned scooters and scooterists getting in the way of passing vehicles.

Additionally, she said a group of five scooterists rode on a sidewalk and ran a pedestrian off of it resulting in the pedestrian twisting their ankle.

Island business owner Gabriel Vanounou rents a variety of transportation devices including golf carts and scooters and voiced his views on the topic during Wednesday’s city meeting before it was voted on.

He said he knows there are some sensitive issues with safety and suggested to the council that enforcement methods be implemented.

“We do need to hire personnel that will monitor all the activities. These are activities for our visitors,” Vanounou explained. “We need to sit down like a team — like members of the community of the business, council and residents so we can all be together so we can drive the Island and have this environment of an Island.”

Rules for renting or leasing the transportation devices were established by city council in August 2019.

Council member Kerry Schwartz voiced his concern about ordinances not being followed and the safety of users and others.

“The businesses are saying it’s not our responsibility. Well, it is their responsibility,” Schwartz said. “They’re turning the Boulevard into an amusement park and it’s not. It’s a mode of transportation. It’s one of our major routes. I don’t want to sit up here and not take action.”