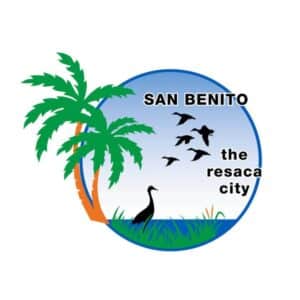 SAN BENITO — A woman has filed a $10 million lawsuit against the city of San Benito, arguing officers failed to follow policy to prevent her husband from killing himself in a jail cell.

The lawsuit filed by Brownsville attorney Eddie Lucio states, “defendants jointly and severally deprived decedent of his federally protected right to be free from unlawful seizure, cruel and unusual punishment and because they denied him due process of law.”

On Nov. 23, 2019, Ernesto Gonzalez, 34, used his shirt to hang himself from a jail cell rail a day after his arrest on a misdemeanor theft charge, the lawsuit states.

“It is believed that Ernesto displayed unusual and/or erratic behavior during his transport to the city jail which should have indicated that Ernesto required medical and/or psychological attention and/or was a danger to himself or others,” the lawsuit states.

In the lawsuit, Astrid Gonzalez states she “believed he was placed in solitary confinement due to his erratic and/or unusual behavior.”

“The city jail placed Ernesto in a jail cell with inappropriate items for a jail cell including cloth material and exposed beams,” the lawsuit states. “While in his cell, decedent continued to ask for help. He requested medicines and medical attention. Nothing was provided to him. Decedent further requested a phone call so he could advise family that he needed help. His request for a phone call was denied.”

The lawsuit claims officers failed to respond to Ernesto Gonzalez’s calls for help, claiming that was part of a “pattern” at the jail.

“The unconstitutional and tortious acts of the individual defendant and its officers were not isolated incidents, rather these acts were consistent with a custom, pattern and practice of the city jail of failing to respond to decedent’s screams for help,” the lawsuit states.