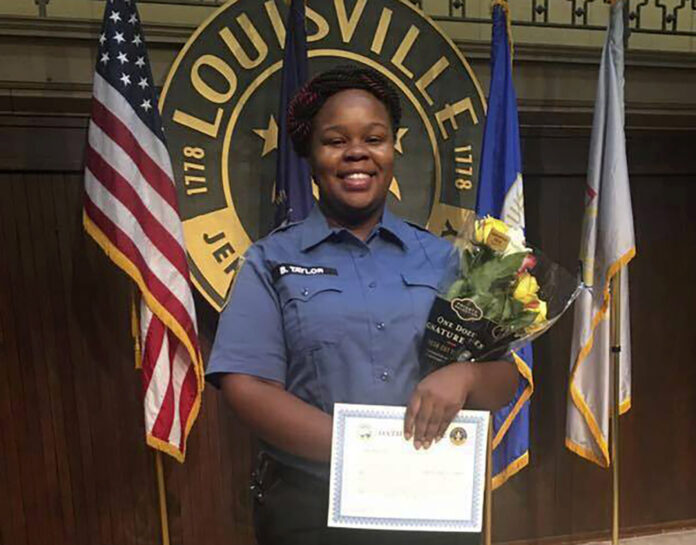 LOUISVILLE, Ky. (AP) — A grand jury has indicted one officer on criminal charges six months after Breonna Taylor was fatally shot by police in Kentucky.

The jury presented its decision against fired officer Brett Hankison Wednesday to a judge in Louisville, where the shooting took place.

Taylor was shot multiple times by officers who burst into her home on March 13 during a narcotics investigation. No drugs were found in her home.

Protesters across the country have demanded justice for Taylor and other Black people killed by police in recent months.