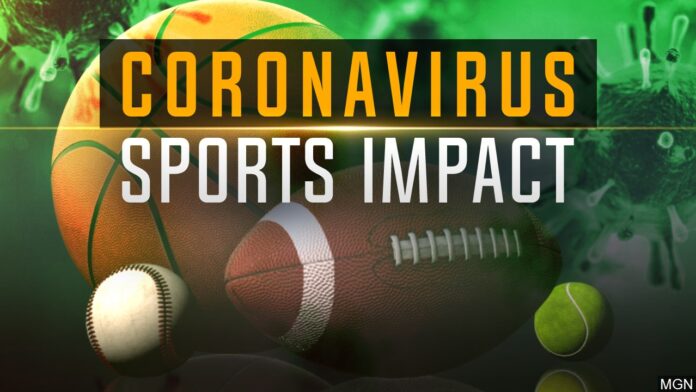 BROWNSVILLE — The Los Fresnos Consolidated Independent School District opted “out of an abundance of caution” Wednesday to pause its summer strength and conditioning program just 10 days after the University Interscholastic League gave its member schools the opportunity to begin workouts.

The district said in a press release that while no LFCISD student-athletes have tested positive for COVID-19, the move was done in response to an increase in cases in Cameron County, a concern that prompted the Brownsville Independent School District to also cease holding summer workouts on its campuses.

Los Fresnos athletic director Patrick Brown spoke with district administrators late Tuesday night, and the group determined that the safety of the student-athletes and coaches was paramount.

“I don’t want to be the AD that causes our seasons to possibly get canceled,” Brown said. “So we decided last night that at this point, it would be good to step back. We’re not going to say we’re going to start it July 14 — we’re going to re-evaluate and see where we are.”

Thus far, BISD is the only East Valley school that has put out a target restart date for its strength and conditioning program.

Brown said the rise in positive tests for the population under 30 years old in the area was of particular concern. He and several other local athletic directors have emphasized the unpredictability of the external and home environments of the students and their families makes it nearly impossible to guarantee the safety of all involved.

According to data from the Texas Department of State Health Services, people between the ages of 10 to 29 account for 20.4 percent, or 3,747, of the 18,346 active cases reported by the state. There were 2,622 new cases reported statewide Tuesday for patients of all ages.

Texas Gov. Greg Abbott is expected to make a recommendation next Tuesday to the Texas Education Agency, which will in turn advise the UIL. The UIL, which said on its website Wednesday that its Austin office is closed and its employees are working remotely, has not yet altered its plan to increase its maximum weight room capacity regulation to 50 percent from 25 percent. Unless otherwise updated or changed, the measure is slated to go into effect Monday.

“I hope they give us a little more guidance,” Brown said. “Because when you read the rules and regulations, there’s a lot of gray areas — whether or not you’re an AD or a superintendent trying to figure it out. … There are so many gray areas that we just have to step back and see where they’re going to lead us.”

Brown has spoken with athletic directors in Frisco, Houston and El Paso for guidance on how to proceed as the surge in coronavirus cases has made its way across the state.

“I think the vast majority of the ADs feel that since there is not a cure for this right now, there really is nothing else we can do to prevent this virus except for social distancing and wearing masks,” Brown said. “At some point we’re going to have to figure out a way to learn to live with this until we get a vaccine, because it’s not going anywhere.

“I think some of us kind of feel like after 14 days (of self-quarantine if testing positive or exposure to someone who tested positive or was symptomatic) you’re going to come back out of your house and face the exact same threat as when you went in your house.”

While several coaches have said the short stint of group workouts was an emotional boon to the boys and girls who have been stuck indoors for several months, they were also disappointed to have to return to virtual instruction.

Nonetheless, Brown and his staff have tried to establish a routine, especially for the more than 100 Falcon football players who have been participating in such workouts and working on sport-specific skills with the support of the coaches via videoconference.

“We were immediately able to get back on Zoom today at 10 a.m., and all of our kids were there ready to work out,” Brown said. “Even though we were disappointed that we had to pull back on it, we were able to get right back into that routine.”

Wednesday afternoon, La Feria officially postponed its strength and conditioning program. Later, San Benito CISD posted on Facebook that a decision was made to postpone its program, too.