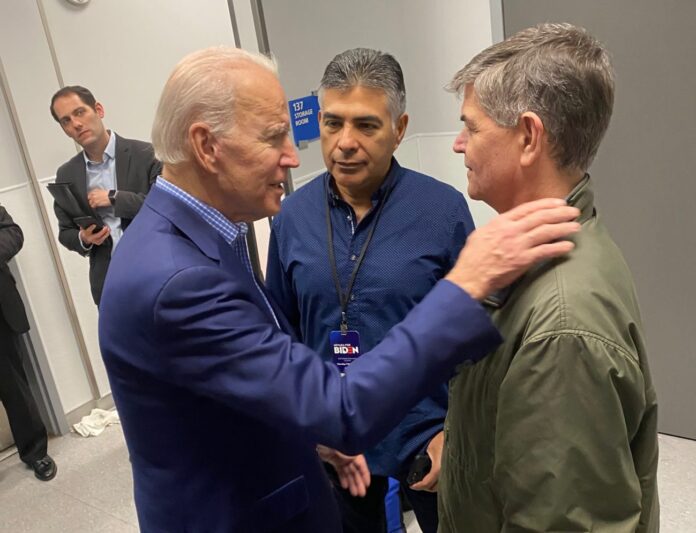 The June 1-6 convention took place entirely online in light of the COVID-19 pandemic. Noting that the nation is experiencing difficult times in the form of “darkness, hate and division,” Vela during his two-minute introduction praised Biden as someone who has spent his career fighting for those who have not received a fair shot, who endure discrimination or are treated as if they’re invisible, who struggle financially and “can’t quite tell their kids that everything’s going to be OK.”

“Joe will never stop fighting for those families no matter the color of their skin, their zip code, income, what God they pray to or who they love, and now he has vowed to make this an era of action to reverse systemic racism and oppression in our country,” Vela said.

He predicted that Biden would unite Texas and the rest of the country before introducing him as “the next president of the United States.”

Vela said earlier in the week that he expected Biden to stick to themes he’s been talking about in recent speeches, and that he thinks he was tapped for the honor of introducing the candidate because of his long involvement with his campaign.