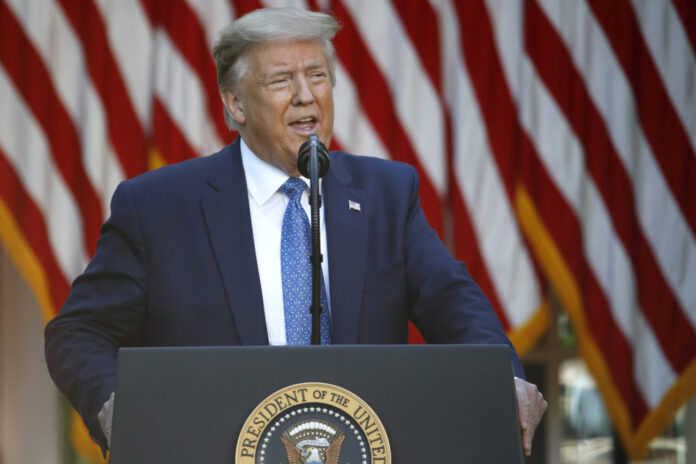 The Republican National Committee is eying Dallas as a potential new site for part of its 2020 convention this summer.

The city is among several that RNC officials are considering as they look to replace Charlotte, North Carolina, as the location where President Donald Trump will accept his party’s nomination for reelection. Trump has been at loggerheads with North Carolina over holding the convention there amid coronavirus restrictions, and he announced Tuesday that Republicans have been “forced to seek another State to host the” convention.

The RNC is still aiming to conduct the official business of its convention in Charlotte. If selected, Dallas would host Trump’s acceptance speech — the biggest night of the convention — and related festivities.

A number of national media outlets reported Wednesday night that Dallas and five other cities are under consideration and that RNC officials would tour them in the coming days. A RNC spokesperson confirmed to The Texas Tribune on Thursday morning that Dallas was among the cities.

It remains to be seen what coronavirus-related constraints the RNC could be subject to later this summer in Dallas. Gov. Greg Abbott has not yet laid out reopening standards specifically for conventions, though he has agreed with the Texas GOP that the state could be prepared to host the national convention if necessary.

A spokesman for Dallas Mayor Eric Johnson said Thursday that Johnson “hasn’t heard from anyone” about the national convention.

The Texas GOP has said it would welcome the national convention in Texas if Charlotte does not work out. The state convention is scheduled to occur in-person from July 16-18 in Houston.

Trump himself is heading to Dallas next week as he resumes in-person fundraising for his campaign. He is set to attend a June 11 fundraiser there at a private home.