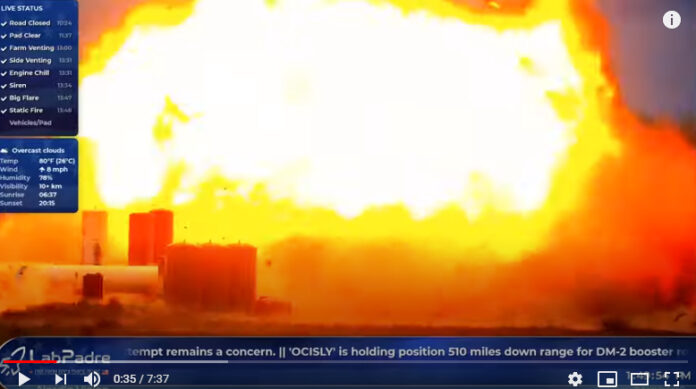 SpaceX’s SN4 Starship prototype was destroyed in a powerful explosion minutes after an engine test shortly before 2 p.m. Friday.

The incident at the company’s Boca Chica site occurred after a series of successful “static fire” engine tests on the prototype over the last several days. SN4 was being prepared for a test flight to take place possibly within weeks, according to SpaceX CEO Elon Musk.

The explosion happened one day after the company was granted a two-year launch license for Boca Chica site by the Federal Aviation Administration, and as SpaceX’s Crew Dragon capsule atop a Falcon 9 rocket is about to carry two American astronauts on a mission to the International Space Station this weekend, pending favorable weather.

The cause of the Boca Chica explosion is not known at this time.