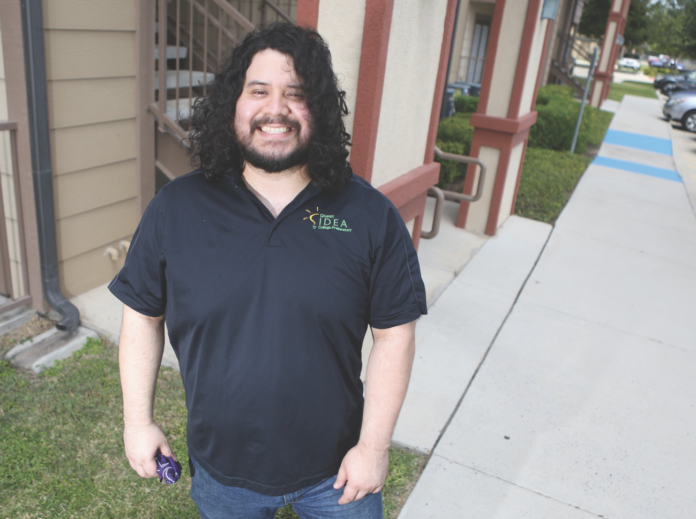 He put his own educational endeavors on hold because he wanted to see his first class of students walk the stage. Though it won’t be something he will get to be able to actually see happen anymore, Alejandro Madrigal said he would not have changed a thing — the bonds he forged with his students were more than he could have asked for.

The Weslaco native graduated from the University of Texas in Austin before taking his first step in the education field as an eighth grade U.S. history teacher at IDEA Quest College Preparatory in 2015 through Teach for America. The organization places teachers in schools across the country for two years, and Madrigal was placed back in the Rio Grande Valley to teach for a couple of years before going to graduate school — at least, that was the plan.

“I think other teachers could attest to this too, there is something special about the first group you teach,” Madrigal, 26, said. “So, I had to see them go all the way through, there was almost no doubt that I had to stay until I saw that happen… it was OK that my plans were put on hold for just a few years.”

Just a month before his time as a TFA teacher was up, Madrigal made the decision that he could not leave without seeing them get through high school, and he remembers the exact moment he made that decision.

Standing in the State Farm Arena in Hidalgo, which is now Payne Arena, in 2017, Madrigal attended his second College Signing Day event, an annual event IDEA Public School hosts for departing seniors to announce which college they will be attending the following fall.

“In that moment, in that auditorium, seeing those students go up, I could not help but think of my students going up there in four years instead,” he said. “That moment just stuck with me, and that’s when I knew I had to stay.”

That group is the class of 2020, a batch of students who have been robbed of several end-of-year ceremonies due to the COVID-19 pandemic. Because of that, Madrigal was not able to finish his last year as a teacher the way he hoped he would: surrounded by students in the very classroom where he has spent the last five years.

After his first year teaching that eighth grade class, he moved up with them to ninth, taking on an AP human geography course. That’s where he stayed his last four years — three years longer than he expected.

Madrigal posted a YouTube video in April addressing his students: the class of 2020, who were his first students, those he coached in UIL social studies competitions, those in the International Cultural Society Club, which he sponsored, and those on the powerlifting team, which he also coached.

Like most teachers across the country, Madrigal has been facilitating his classes online. He said teaching has not been difficult, but not seeing his students in person has. His course is very interactive and lecture-based, Madrigal explained, and that style of teaching does not translate well online.

Last year, his class was the highest performing group in the AP human geography exam in their district. Madrigal said the key to teaching well is building interpersonal relationships with students.

“It’s about making connections with them outside of the curriculum and classroom, looking for the little things that aren’t just about the test,” he said. “That’s important so that they don’t just feel like someone sitting in a classroom — they are people who want to learn together, and trust in you to teach them.”

For Madrigal, the way to do that was by writing letters to his students. Over the course of his five years teaching, he has written more than 900 letters.

“I would write about some memorable moments we have had in the classroom,” he said. “I would write that I was looking forward to teaching them more, or if they were moving on, that I wish them the best.”

He wrote letters to his first class at the end of the school year, and after that, he has been writing to his students twice a year, after each semester. It’s become a part of his campus reputation.

“What started off as little notes, quickly cascaded into longer and longer letters, into half pages, full pages, that are a quick review of the year,” he said. “There was just so much more to say, and again, building off of this lesson of treating students more like people, I found myself wanting to just say more to them.

“ I would write about some memorable moments we have had in the classroom. I would write that I was looking forward to teaching them more, or if they were moving on, that I wish them the best… I wanted students to know that their efforts and work put into the class were noticed.”

In July, Madrigal will move back to Austin where he will be pursuing a masters in education policy, something he said has become more important now than ever because of the inequalities in education that the pandemic has revealed.

Though Madrigal did not get to conclude his teaching career the way he thought he would, he said he would not have wanted to spend the past five years doing anything else.

“As any ending, it’s bittersweet,” he said. “I am carrying a bit of sadness with me, but I also remind myself that I would not be in this position if it weren’t for those extra years and those students I care so much for. I think a lot of what has culminated as a result of those things, and I am happy I got to know the students. I am still glad I was able to stick around longer, even if it had an unexpected end.”