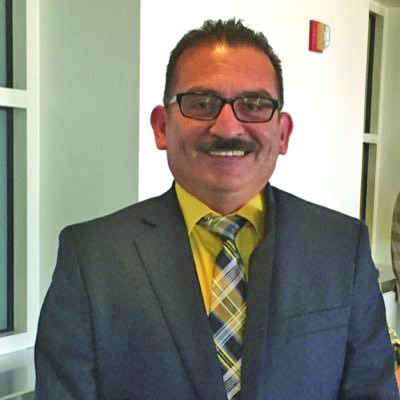 The city of Weslaco won’t be holding a special charter amendment election in August, and it remains unclear if the city commission will try to re-propose the referendum come November, or at a later date.

“We can’t have an election on Aug. 25,” Mayor David Suarez said during a commission meeting Tuesday. “I know we’ve been contemplating that,” he said.

The commission had been mulling the idea of holding a charter amendment election since the beginning of the year, when they discussed the issue at a comprehensive January planning workshop with all the city’s department heads.

There, they discussed instituting term limits, lengthening the number of years per term, and redrawing the district map to make way for some at-large seats.

Just a few weeks later, the governing body unanimously agreed to order the election for May, proposing three amendments.

And the third proposal involves partially undoing a 2007 decision to convert the commission from at-large seats to single member districts, wherein residents may only vote for the candidates of their specific district. The office of mayor remains an at-large position.

The passage of this third proposition would hybridize the makeup of the commission, creating two at-large seats that all eligible Weslaco voters can vote on, and four single-member districts. The lines of the city’s six current districts would be redrawn to accommodate the new design.

However, COVID-19 upended the city’s plan to put the props to the people in a special election that would have occurred last Saturday.

As a result of the pandemic, in March, Gov. Greg Abbott directed county elections departments to withdraw their support for administering elections, and implored local entities to postpone their May elections until the next uniform election date in November.

Any entity still wishing to hold a May election would need to shoulder the cost and staffing burden of conducting the election on their own.

The commission expressed interest in the idea, but worried over the legalities of such an abnormal date. Their concerns turned out to be well-founded after correspondence from the Texas Secretary of State’s office revealed such an election could not be held without an emergency order from the governor or a court order.

“Basically, the only two options left to the commission are to have a concurrent election with both the charter amendment and whoever is up (for the regular election),” City Attorney Juan Gonzales said during Tuesday’s meeting.

“Under the law, and based on the secretary of state’s position, those are the only two options we have left,” he said.

City Manager Mike Perez explained it further Thursday. “The secretary of state says that we would need an emergency proclamation from the governor on the election code — 41.011 — or a court order to have it in August,” Perez said.

With rare exception, Texas election code requires both regular and special elections to be held on uniform election dates in May or November.

One exception allows for an election to be held on a different date in order to fill an unexpected vacancy, such as the one the city held last July to fill the unexpired term of former District 4 Commissioner Gerardo “Jerry” Tafolla, who resigned his post.

“The proclamation or order for an emergency election under this section must include a statement identifying the nature of the emergency,” it further reads.

For Weslaco city leaders, it wasn’t “worth it to do that,” Perez said.

Meanwhile, two seats are up for consideration in the November regular election — Districts 2 and 3, currently occupied by Greg Kerr and Jose “J.P.” Rodriguez, respectively. Rodriguez and Kerr have both indicated their willingness to seek re-election in November.

Should the commission decide to hold the charter amendment concurrently, it will not conflict with the election of those two commission seats. If voters approve lengthening terms to four years, it will have no bearing on the Districts 2 and 3 seats, regardless of whether the incumbents win or lose, Perez explained.

The city manager expects the commission to revisit the issue in the next few weeks.