It’s a love story and medical mystery all in one. Eleanor Henderson’s memoir “Everything I Have Is Yours,” chronicles her husband’s battle with an unidentifiable illness, as well as the toll it takes on their relationship and family. 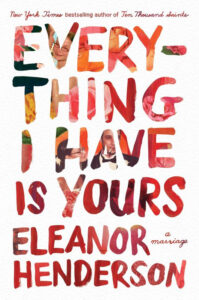 Henderson takes readers through almost a decade of Aaron’s constantly evolving symptoms, from unexplainable lesions on his body to depression, to hearing voices, to an absolute certainty that his body has been invaded by parasites. Together, the couple meets an endless stream of doctors and psychologists, who diagnose him with everything from schizophrenia to Bell’s palsy. Meanwhile, Aaron is not getting better, and the couple must also focus on raising their two children, as well as the other everyday challenges of marriage and family life.

As they attend medical conferences, couple’s therapy, and more, Henderson invites readers to question the link between mental and physical illness, asking herself what criteria is needed to make an illness real.

Interwoven with this journey, Henderson also shares their love story, how they fell for each other at such young ages and remained ever-committed to building a life together.

‘God Spare the Girls’ a touching story of sisters

In “God Spare the Girls,” Abigail and Caroline are the daughters of celebrity evangelical pastor Luke Nolan. Always on display for the congregation, the pair is expected to be pious, pure and polite at all times. While they aren’t always able to abide by scripture exactly, Abigail and Caroline more or less believe in their religion and their father — until one revelation changes everything. 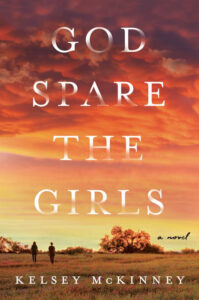 After they learn of a terrible sin committed by their father, Abigail and Caroline’s world is turned upside down. Now, they must decide whether he is worth forgiving and what faith really means. While they work to figure it out, the sisters flee their parent’s home to the ranch their grandmother left them and live there together.

Meanwhile, Abigail is planning a wedding to a man she doesn’t love, and Caroline is dealing with a boy who fell too hard for her after they committed a sin of their own.

Author Kelsey McKinney is a strong and compelling storyteller, and has crafted a captivating small town world full of gossip and intrigue. The work beautifully explores the challenges of young womanhood in the context of a religion that has its own very strict ideas about what it means to be a good daughter, sister and wife. 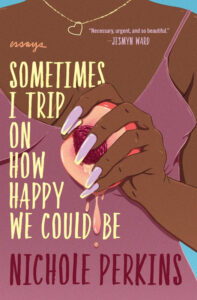 “Sometimes I Trip On How Happy We Could Be” is about seeking, nay, demanding pleasure for oneself. Nichole Perkins shares essay after brilliant essay on life as a Southern Black woman learning to own her own power.

The poet and Nashville native expertly uses pop culture as a lens through which to examine her life, and mostly her sexuality. Through musings on everything from reality television to sexual fantasies, to “Frasier” to body image issues, to Miss Piggy, Perkins paints a deeply personal and unapologetic portrait of her journey to becoming the strong, empowered woman she is today.

One of the most fearless books out there, it opens with a young, inexperienced Perkins navigating sex and love, and ends with a woman who knows exactly what she wants and isn’t afraid to go and get it. Through additional mediations on race, religion, mental health and femininity, Perkins presents herself as a woman who has allowed herself the space to grow and change, but also one who has remained steadfast in demanding the best possible life for herself. She is also not shy in sharing with readers some of the extreme hardships she has been through. 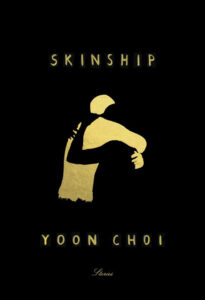 The collection of short stories examines characters of various circumstances. From a school-aged student making her first friend in America, to an autistic piano teacher, each chapter is a different take on how life, culture and language interact as characters navigate unfamiliar places.

Choi opens with a piece on disillusionment and longing. Readers follow a young Soo as she reunites with her husband, Jae, in New Jersey after several years apart. Soo remained in Korea as Jae attempted to forge a better life for the couple in the new country. Soo’s excitement fades on a long car ride from the airport to a run-down convenience store — “Our store,” Jae tells her. An older Soo later wonders about the life she would have had if she had chosen to stay in Korea and marry someone other than Jae.

Each chapter takes on a distinct voice and perspective, highlighting the intimacies perhaps known only by those who straddle the fence of two worlds. Through Sae-Ri, a mother who leaves her son in Korea for an arranged marriage to an American, Choi brings into focus the clashes between the ways of Sae-Ri’s home country and the new one she finds herself living in.

Entrepreneur finds comfort in serving with the Humane Society of Harlingen