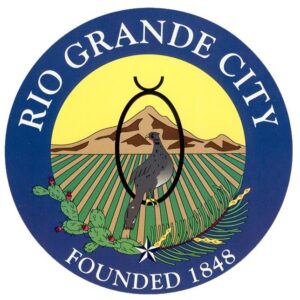 For over a year, Rio Grande City has not hired a city manager, though its own city charter requires such an appointment and the commission voted to begin the hiring process in May. On Wednesday, the city was prompted to initiate the search.

“I feel that there is a genuine issue of public concern,” Canales told The Monitor on Saturday.

The petition functions as a request to formally argue before a court of law the question of whether Rio Grande City is violating its own city charter. The court could then make a final judgment.

The petition mentioned the previous city manager, the temporary appointment of the police chief to the position, and the delayed search for a replacement.

TERMINATION AND A FALSE START

Rio Grande City commissioners voted to terminate the last city manager, Albert Perez, on Nov. 16, 2020. The reason was unclear; the mayor, Joel Villarreal, said it was a matter of trust, and Perez said it was retaliation for two whistleblower complaints he filed and his refusal to recommend the termination of a specific employee.

Six months later, on May 12, the commissioners met for a meeting and decided to begin the hiring process. A short discussion began shortly after the item on the agenda was read.

“This is to go along with what the charter states for us to be in compliance with that,” Castillo said.

Mayor Villarreal praised the interim chief for his work during the six months serving as the police chief and interim city manager.

“If we decide to go in that direction, which obviously we need to, that way take the process and proceed with the permanent, at some point, but again, not to say anything about chief,” Villarreal said. “Chief, I think you’ve done a tremendous job.”

Commissioners voted to hire a new city manager, and immediately after voted to appoint Castillo to fill the vacant deputy city manager position.

In spite of the city’s decision and intention to hire a new manager, six months later there is no record that they’ve advertised and accepted applications for the job, as The Monitor learned when requesting such records.

On Oct. 19, The Monitor sent a public information request to Rio Grande City asking for copies of all applications submitted for the position of city manager since Nov. 16, 2020, the date when the city voted to fire Albert Perez.

The city failed to respond. The Texas Public Information Act requires a response from a governmental entity within 10 business days. After two written attempts and multiple phone calls to the office, the city’s secretary, Mel Garza, who handles the public information requests, provided clarity over the phone.

On Nov. 5, Garza informed The Monitor that the request was sent to the legal department under Calixtro Villarreal, the city attorney. Garza said she had reminded the office of the pending request the previous day, Nov. 4, and was told a response would be forthcoming.

No response was ever sent to The Monitor. A formal complaint was filed against the city with the Texas Attorney General’s Office over their failure to comply with state law.

Garza also said the request would likely not yield any responsive records, since the city had not advertised for the job or received applications for it.

Villarreal, the city’s attorney, did not respond to a request for comment.

“He has done a phenomenal job, and I can venture to say that he, by far, is the best city manager in Rio Grande City history, even though he doesn’t have the title,” Villarreal said of Castillo on Thursday.

Villarreal, a staunch supporter of Castillo, credited him with the city’s latest commercial progress and growth, and praised Castillo’s streamlining of departments, efficient management of funds, and fostering a positive working environment. He also said the use of an interim city manager is costing the city less money.

Castillo also serves as police chief, though he reports to the main office at city hall. Additionally, Castillo sits on the Rio Grande City CISD school board.

Villarreal said he doesn’t believe Castillo’s quality of work is affected by the three positions, because of his delegation skills.

“The great leaders don’t necessarily have to do it all because as long as they’re able to delegate to those people that they hired and trained, those individuals will carry out the duties and responsibility of the job at different levels,” Villarreal said.

“Right now, the assistant police chief, Chief Solis, he’s following suit with Chief Castillo,” Villarreal said. “He’s another one that Chief Castillo has trained to be very well — and he’s in line in the future to possibly take on the chief role, as a possibility. I’m not saying that it will happen.”

Castillo said he strives to make himself accessible, in spite of the three positions he fills.

“I’ve worked in public service for almost 26 years and I’ll continue to do so in the capacity that the city, the community or our region or area requires,” he said Friday.

The mayor said he trusts Castillo would speak up if he ever becomes burdened by the jobs.

Although the position for city manager has not been officially posted, Castillo said he was unsure if he’d apply for it.

“I don’t really have a response for that, because I haven’t really thought it through,” Castillo said.

The declaratory judgment filed Wednesday will prompt the city’s attorney to file a response before the court.

For now, the city has been operating believing that there is no timeline set by the charter.

The city charter, as posted on the city’s website, does not stipulate a time frame for selecting a city manager. However, it states that an interim city manager selected in the absence, disability or suspension of the city manager cannot serve for a term that exceeds three months.

If the court finds the city is violating its charter, Villarreal said the commission would comply.

“If there is,” Villarreal said, referring to a deadline to hire a city manager, “we would of course look at that and make adjustments through the advice of legal counsel.”

Editor’s note: This story was updated Nov. 27, 2021, to clarify information about the city not responding to a request for public information by the 10 days required by the Texas Public Information Act.

Outside lights to adorn Immaculate Conception