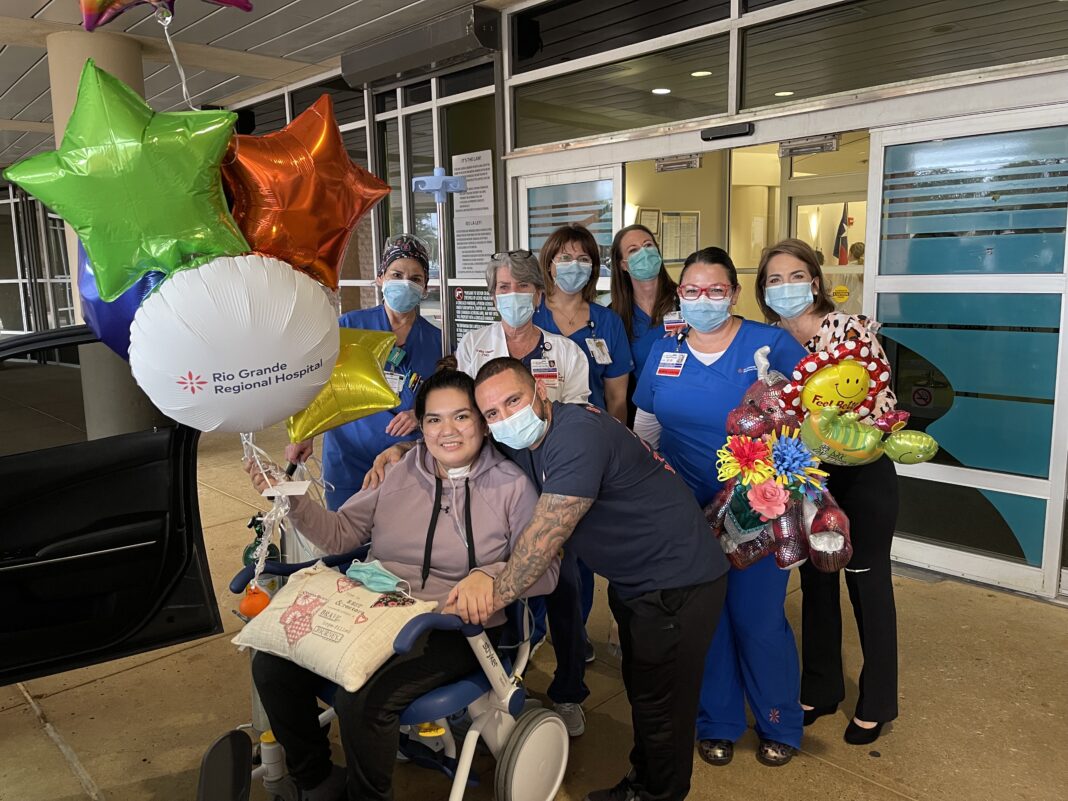 According to a news release, Vanessa Mata, 31, of McAllen was admitted to RGRH on Aug. 18 after experiencing shortness of breath as a result of COVID-19. Soon after, Mata was placed on life support.

After months of treatment in the hospital’s intensive care unit, Mata began to show signs of improvement. She was finally able to sit up, FaceTime, and visit with her family.

“I’m so thankful to everyone at the hospital who motivated me every day to never stop fighting,” Mata said in the news release. “I knew I had to get better because I wanted to go home to be with my children and my husband.”

After spending her 31st birthday in the ICU, Mata was released from the hospital on Thursday.

A team of RGRH employees held a special send off for Mata as she left the hospital.

“Through these trying times, the colleagues at RGRH have remained focused and positive, always working toward a healthier tomorrow for the communities they serve,” the release stated.