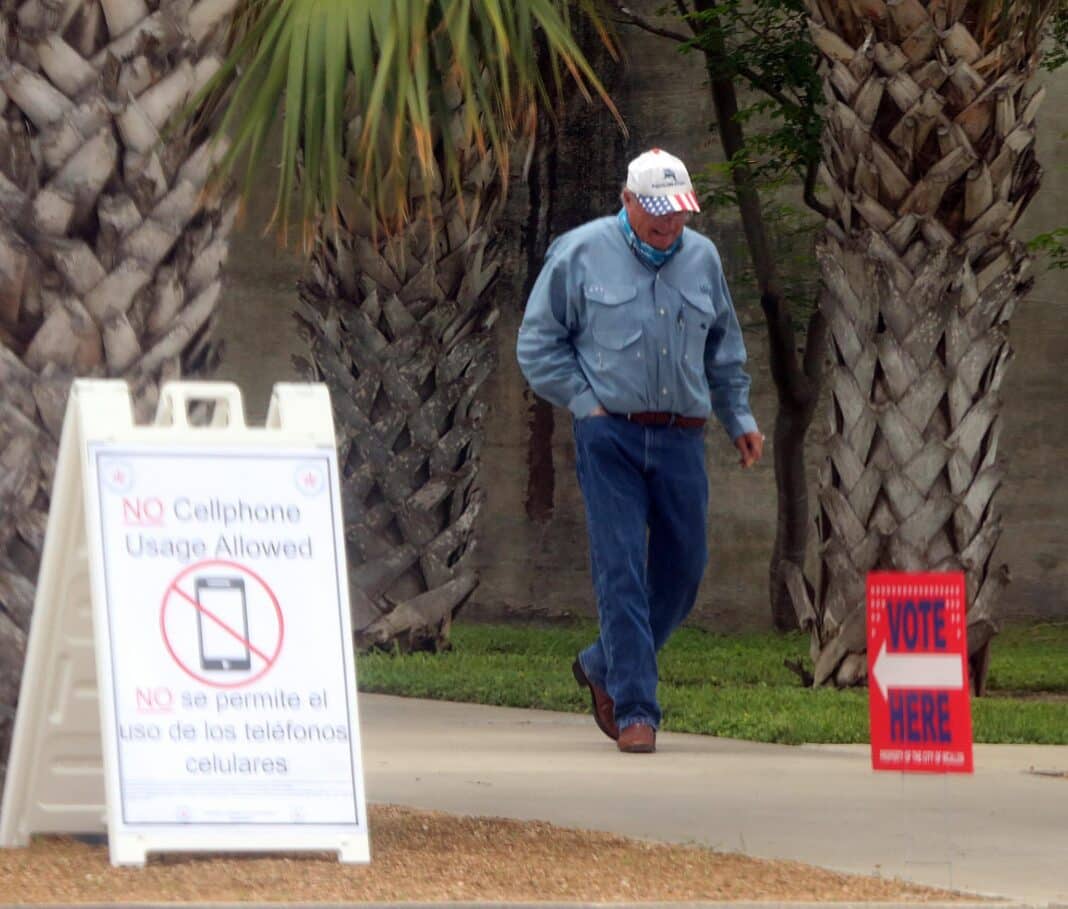 HARLINGEN — Voters will decide if they want to push the city’s May elections to November.

Earlier this week, the city commission’s new majority tacked a proposition onto next May’s ballot allowing residents to move elections from May to November, arguing they’d draw more voters to the polls when they run alongside state and national races.

The proposition boosts the ballot of what’s being described as the hottest election here in more than 20 years.

During Wednesday’s meeting, commissioners voted 4-1 to pass an ordinance calling for a proposition on the May 7 election ballot allowing voters to amend the City Charter, moving elections to the first Tuesday following the first Monday in November. Commissioner Michael Mezmar cast the dissenting vote.

If voters pass the proposition, the city’s elections will move to November beginning in 2024.

Amid heated debate, Mayor Pro Tem Richard Uribe argued residents petitioned to move the city’s elections to November about 10 years ago before a previous commission pushed the referendum’s date back to May.

From the audience, resident Desi Martinez recalled 75 percent of voters backed the petition drive in 2013.

During discussions, Mayor Chris Boswell warned commissioners were pushing for a proposition that could extend their elected terms by six months.

“I would say without being too offensive here — I don’t think it’s right for any city commissioner to extend his term by placing a charter amendment on the ballot that would actually extend your term by six months,” he told commissioners. “Voters didn’t elect you for three-and-a-half years and you should honor that. You shouldn’t put anything on the ballot that would extend your term by six months.”

In response, Uribe and Commissioner Frank Puente, both of whom proposed the proposition, denied the claim.

“I’m not looking to extend anybody’s term,” Uribe said. “We’re just giving it to the people — let them decide. We’re giving the people the opportunity to vote.”

Commissioners argued pushing the city’s elections to November would draw more voters when the referendums ran alongside national races.

To bolster the argument, Commissioner Rene Perez said he turned to Cameron County Elections Administration Remi Garza, who “assured me that it basically would increase voter turnout.”

Half of city elections would run without national, state races

However, between 2022 and 2040, Boswell argued the city’s November elections would run without national and state races six times.

During that time, he said, November elections would run alongside national races four times and state races twice.

“You’re going to have larger turnouts because of the presidential and gubernatorial races in half of those elections,” he told commissioners.

The state Legislature set city elections in May to help keep partisan politics out of local races, Boswell told commissioners.

“Municipal and school board elections are non-partisan — we don’t affiliate with Republicans or Democrats or any other organized parties,” he said. “We run in a non-partisan fashion, which, I think, is a huge strength for municipal elections.”

Boswell also said the Legislature set municipal elections for the first Saturday in May to give working residents a better chance to go to the polls.

“Another reason the legislature selected the first Saturday in May for local and municipal elections is because Saturday is really more accessible to working-class individuals rather than a Tuesday,” he said, referring to November elections’ Tuesday dates.

“The other reason I think it’s a mistake to move local elections to November is because you’ll get municipal elections buried,” he said. “If there is a national or state election in that cycle, you’ll get buried in all the advertising that goes on for national races and the state races.”

However, Puente, who argued many residents make family plans on Saturdays, said he believed national advertising blitzes would help drive more residents to the polls.

Outside lights to adorn Immaculate Conception