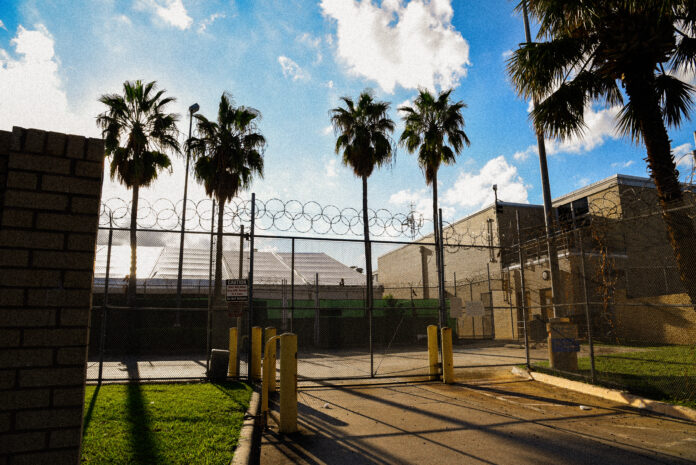 Tent courtrooms in Brownsville are under construction ahead of the administration’s expected rollout of a federal program that sends asylum seekers to wait their U.S. immigration court hearings in Mexico.

The same site was used during the first implementation of President Trump’s Migrant Protection Protocols, also known as Remain in Mexico.

Courtrooms were set up in Brownsville and Laredo to allow for virtual immigration court hearings that required migrants present themselves at the ports of entry, receive clearance from Customs and Border Protection for entry, attend their hearing, and be returned to Mexico immediately afterward.

Over 70,000 migrants seeking asylum were placed into the program that proved dangerous and prompted the creation of the notorious Matamoros encampment. Dr. Jill Biden visited with migrant residents before the election fell in favor of her husband. Upon entry into public office, President Joe Biden attempted to end the program.

Earlier this year, the Supreme Court found that the administration violated federal law when it ended the Migrant Protection Protocols on Jan. 20, the first day of Joe Biden’s presidency. Under the lower court ruling, the administration was instructed in late August to make a “good faith effort” to restart the program.

Though the administration continues to stand against the program in principle, work continues to forge ahead to comply with the court’s ruling.

A month ago, administration officials said they’ve been preparing to restart the program as early as the middle of November but acknowledged it will require binational cooperation.

CBP did not respond to a request for comment as of press time, and no further update has been made to address any changes in the timeline. However, construction on immigration courtrooms required for the program, like those in Brownsville and Laredo, where Border Report found construction started in mid-October, will need to be completed ahead of the start date.