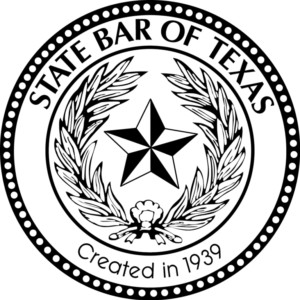 EDINBURG — The State Bar of Texas Board of Directors voted Friday to approve Joe Escobedo Jr. of Edinburg and Cindy V. Tisdale of Granbury as candidates for 2022-23 president-elect.

Escobedo and Tisdale will appear on the ballot in April 2022 along with any certified petition candidates, according to a news release.

As of Friday, there are no additional president-elect candidates. However, members have until March 1 to submit their nominating petitions to the state bar for certification.

Among his accomplishments is a certification in personal injury trial law by the Texas Board of Legal Specialization. He also earned his J.D. from the University of Texas School of Law in 1989.

The 2016-17 chair of the State Bar Board of Directors, Escobedo also currently serves on the Texas Bar Foundation board and is a commissioner on the Texas Access to Justice Commission.

He is also chair of 2021-22 State Bar President Sylvia Borunda Firth’s Task Force on Diversity, Equity, and Inclusion and has previously served on the steering committee for the Texas Minority Counsel Program.

Escobedo is a certified mediator by the Center for Public Policy Dispute Resolution and a member of the American Board of Trial Advocates.

Tisdale, with the Law Office of Cindy V. Tisdale PLLC in Granbury, and counsel with Lynch, Chappell & Alsup in Midland, is certified in family law by the Texas Board of Legal Specialization.

She earned her J.D. from Baylor University in 1995.

Among her accomplishments, Tisdale served as 2013-14 chair of the State Bar Board of Directors and as chair of the Texas Bar Foundation from 2017 to 2018.

She was also chair of the Bar’s Family Law Section the same year.

She is also a member of the American Board of Trial Advocates, and of the Texas Bar College.

Escobedo and Tisdale were recommended to the board by the Nominations and Elections Subcommittee, which interviewed six potential nominees from nonmetropolitan counties in the state, according to state bar election rules.