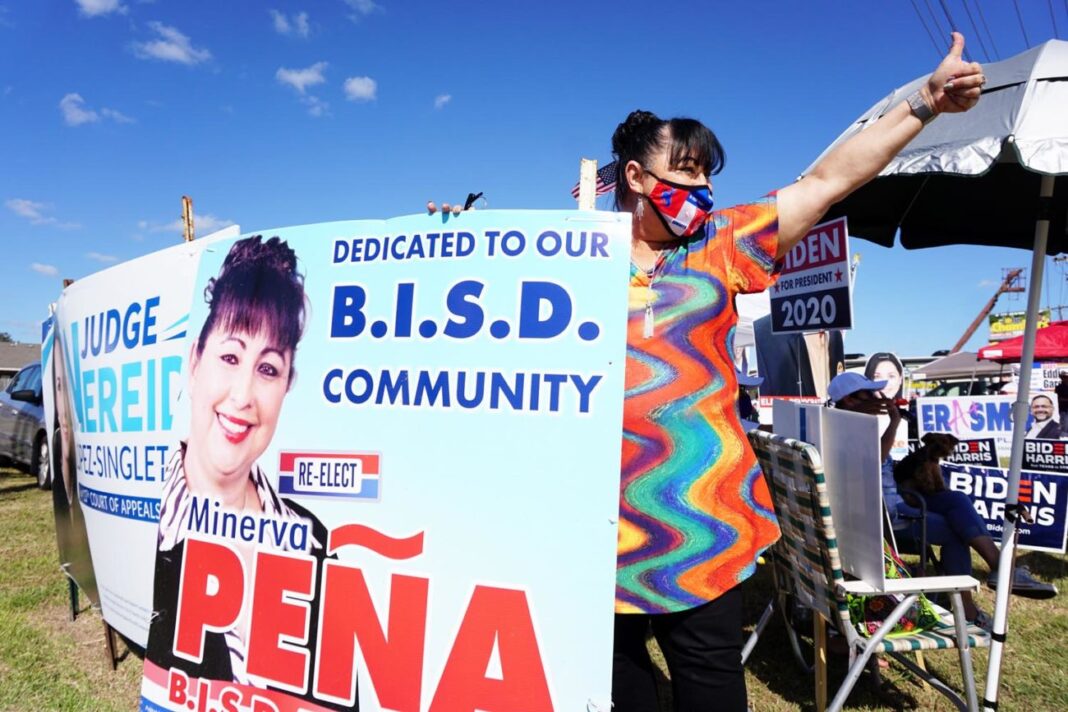 The Brownsville Independent School District Board of Trustees referred an investigation of its longest-serving member to the Cameron County district attorney early Wednesday following a lengthy closed-door meeting at which it declined to censure her in an alleged nepotism case.

The trustee, Minerva M. Pena, first elected to the board in 2008, said she was “heartbroken” and that she would voluntarily refrain from participation in all BISD events except board matters until the case is resolved.

BISD issued a statement acknowledging the developments, saying that as a matter of procedure it does not comment on ongoing investigations and that it would cooperate in the investigation.

Consideration of Pena’s case came at the end of the BISD board’s regular September meeting on Tuesday, during which Pena participated.

The board had faced two agenda items involving Pena, both calling for discussion with board attorney Kevin O’Hanlon. One concerned a possible resolution to censure Pena and to issue a referral to the Cameron County District Attorney. The board issued the referral on a 6-0-1 vote with Pena abstaining, but did not issue a censure resolution.

The second item concerned a possible censure resolution against Pena and to issue a trespass notice. Both came at the request of Board President Eddie Garcia with board support from Prisci Roca Tipton, Denise Garza and Daniella Lopez Valdez.

After the closed-door, or executive session, O’Hanlon advised the board to dismiss the trespass item “because there was no violation.” The board did so by a unanimous 7-0 vote.

Earlier, in comments to The Brownsville Herald, Pena characterized the allegations as not being correct, She said that she had “done nothing wrong” and that “it can be verified I have done nothing wrong.”

Pena said then that one item concerned the hiring of her former daughter-in-law as a teacher at Veterans Memorial Early College High School. The woman later passed away.

Pena said she had nothing to do with BISD hiring the then-daughter-in-law, who later divorced from her son, saying that as a board member she has always left hiring decisions to Superintendent Rene Gutierrez and his administration as required by law.

Pena said the trespass notice concerned her having tested positive for COVID-19. She said after she became infected she was asymptomatic, notified the district when she became aware of her status, quarantined for 15 days as required and subsequently tested negative.

In its statement shortly after midnight Wednesday, BISD said, “The district’s focus will remain, as it always has, on the education of students. Brownsville ISD will continue to direct all efforts towards maintaining the safety and well-being of students and employees as a number one priority during the challenging times posed by this pandemic.”

Responding to questions, Carmelita Rodriguez, assistant superintendent for Human Resources, said BISD currently has 547 active substitute teachers seeking assignments, 135 non-degreed, 179 with degrees and 233 who are certified. Among the certified, 130 are retired teachers, she said, adding that during her years in HR BISD has generally had about 1,000 substitute teachers seeking assignments.

Right before the pandemic struck in early 2020, the number was over 800, she said, acknowledging that BISD currently lacks substitutes amid shortages in other departments including bus drivers. Several members expressed a willingness to revisit pay scales now that the substitute teacher shortage had “opened the door for us to look at other employee groups.”

In an informational item at the beginning of the meeting, Gutierrez reported that a mask mandate had been added to the dress code in the BISD student handbook and also addressed in teacher and staff handbooks. Neither item required board approval to take effect.