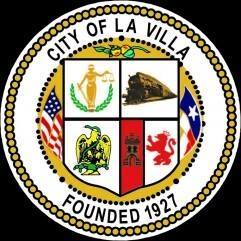 LA VILLA — Officials here are expecting a big windfall later this month, thanks to the American Rescue Plan (ARP), which was approved by Congress earlier this year.

The sugar mill town will be entitled to nearly three-quarters of a million dollars in COVID-19 relief funds as a result of the legislation, explained John Pankratz during a budget workshop here Saturday morning.

Pankratz, a grant researcher and administrator with Hollis Rutledge & Associates, was on hand to help walk city officials through the ins and outs of the federal funding, which comes from a $1.9 trillion stimulus package approved by Congress on March 11.

La Villa will have to complete its registration for the plan by Monday, Pankratz said. Once it does, however, it will be eligible to receive that first lump sum before the month is out. The second lump sum will be paid out in 2022, he said.

It follows on the heels of the first round of rescue funding, Coronavirus Aid, Relief and Economic Security Act, or CARES Act — a $2.2 trillion relief bill passed last year.

But those funds got bogged down by bureaucratic red tape as local municipalities were forced to closely track expenditures, then submit requests for reimbursement.

In Hidalgo County, many cities struggled to meet the strict record-keeping demands from county auditors, who oversaw the disbursements. The resultant back-and-forth in submitting and amending documents led to numerous delays in getting the funds — and in some cases, reimbursement denials.

For cities like Mercedes, those delays forced officials to take out short term loans to meet basic financial obligations, like payroll, until funds were released.

But in La Villa on Saturday, Pankratz explained the ARP doesn’t have any of those issues. Cities will no longer have to expend their own money while crossing their fingers in hopes of being reimbursed. Instead, ARP funds are “forward looking,” Pankratz said.

“You guys have a lot more autonomy with the money. There’s no reporting to the county and having the county auditors come back and play that game where we’re constantly going back and forth trying to get these funds reimbursed to you all,” Pankratz said.

Cities will also have broader latitude in how to apply the funds.

All that Panktraz needed to move forward in administering the funds once they come in is direction from city officials. But that proved almost impossible, as Mayor Alma Morón was the only member of the city council to attend the ARP budget workshop Saturday morning.

In the absence of the five aldermen who make up the rest of the council, Morón and city staff were left to strategize how to use the funds by themselves.

Former Mayor Hector Elizondo, who in June became the city’s new administrator, asked Morón when she thought another workshop could be called to gather input from the rest of the council.

“Well, Mr. Elizondo, as our previous conversation this week, I can call the workshop any day of the week, any day of the month, at whatever time, but they don’t come,” Morón said.

Ultimately, the group decided to schedule another workshop for Aug. 11 — the day of the next regular council meeting.

“If we call a workshop on the regular board meeting day because at least on that day we know that they’re expecting to come. And that’s three,” Morón said, speaking of how at least three councilmembers must be present to establish quorum during a regular meeting.

The quorum threshold for special meetings is higher — four of the five councilmembers must be present. According to the La Villa City Charter, the mayor does not have a vote and is not part of establishing quorum.