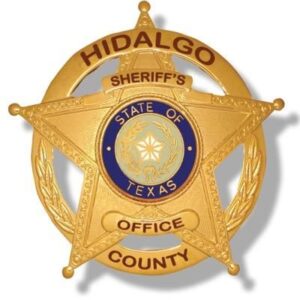 Hidalgo County has agreed to settle the remaining claims against two deputies in a lawsuit brought by a family who had complained of false arrest and excessive force.

Viviana Bautista, her grandmother Crescencia, and her mother and father, Hermelinda and Guadalupe, filed a lawsuit on May 2, 2019, against Hidalgo County, the sheriff’s office, Sheriff J.E. “Eddie” Guerra and deputies David Gonzalez and Jose Gonzalez.

The family complained that when David and Jose responded to their home on May 3, 2017, for a family disturbance, they entered their residence without a warrant, used excessive force and wrongfully arrested them.

Nearly all of the claims have been dismissed and the county, the sheriff’s office and Guerra have previously been terminated from the lawsuit.

In July 2020, a ruling by U.S. District Judge Randy Crane only left claims of false arrest and excessive force against David and Jose in their individual capacities.

The parties notified Crane earlier this month that they had reached a settlement and on Tuesday afternoon, the Hidalgo County Commissioners Court approved a settlement in the amount of $5,000.

The now-settled complaint stems from a disturbance between Viviana and her sister, Isamar.

“During the course of the argument, Plaintiff Viviana placed herself physically between her sister and her mother. Isamar grabbed Plaintiff Viviana’s hair, pulling her down. Then, ‘[Plaintiff] Viviana held Isamar down by her shoulders until [Isamar] calmed down,” Crane wrote in a previous ruling. “After this, Plaintiff Guadalupe would not allow Isamar, his daughter, to leave the family home.”

Guadalupe did not physically restrain Isamar, who felt she couldn’t leave against his wishes without a police escort, according to the lawsuit.

When the deputies arrived, they noticed blood on Isamar’s ear, which she attributed to an ongoing ear infection.

She stayed outside and the deputies entered the home without consent or a warrant, Crane wrote in the ruling.

Upon entering, the incident escalated when Jose believed Viviana was giving him attitude so he told her to stand up, handcuffed her and began “pushing her out the front door of the home.”

Her father stood up to ask what was happening, which is when David pushed him back down onto the couch.

According to Crane’s ruling and the lawsuit, Guadalupe stood up again and put his hand on Jose’s shoulder to get his attention when he said that they should not treat Viviana the way they were because she is a woman.

Without saying anything, David knocked Guadalupe to the floor and pushed Viviana out of the door of the home before forcibly pushing 83-year-old Crescencia down.

“At this point, Plaintiff Guadalupe ‘was already on the floor and controlled by Deputy David Gonzalez,” Crane’s ruling stated. “Then Deputy Defendant Jose ‘went after [Plaintiff] Guadalupe’ by pepper spraying Plaintiff Guadalupe in the face and eyes and kneeling on his back.”

The deputies arrested Guadalupe and charged him with interfering with public duties and resisting arrest.

A jury acquitted him of resisting arrest and the judge in the case dismissed the other charge in the interest of justice at the request of prosecutors.

The disturbance continued with Viviana being placed in a patrol vehicle while Guadalupe is screaming in the back of the patrol vehicle because of the pepper spray when his wife, who has since died, approached the vehicle and tried to calm him, according to the lawsuit.

Viviana tapped on the patrol car window to get the deputies attention because she wanted to know what was happening and that encounter would end with Jose pepper spraying her in the face, according to the suit.

Viviana was charged with assault and interfering with an arrest and a jury acquitted her on both counts while Hermelinda was taken to the hospital and ultimately not charged.

An Internal Affairs investigation at the sheriff’s office determined it could not prove or disprove allegations of misconduct against the deputies.

Crane has not yet signed off on the settlement, records show.