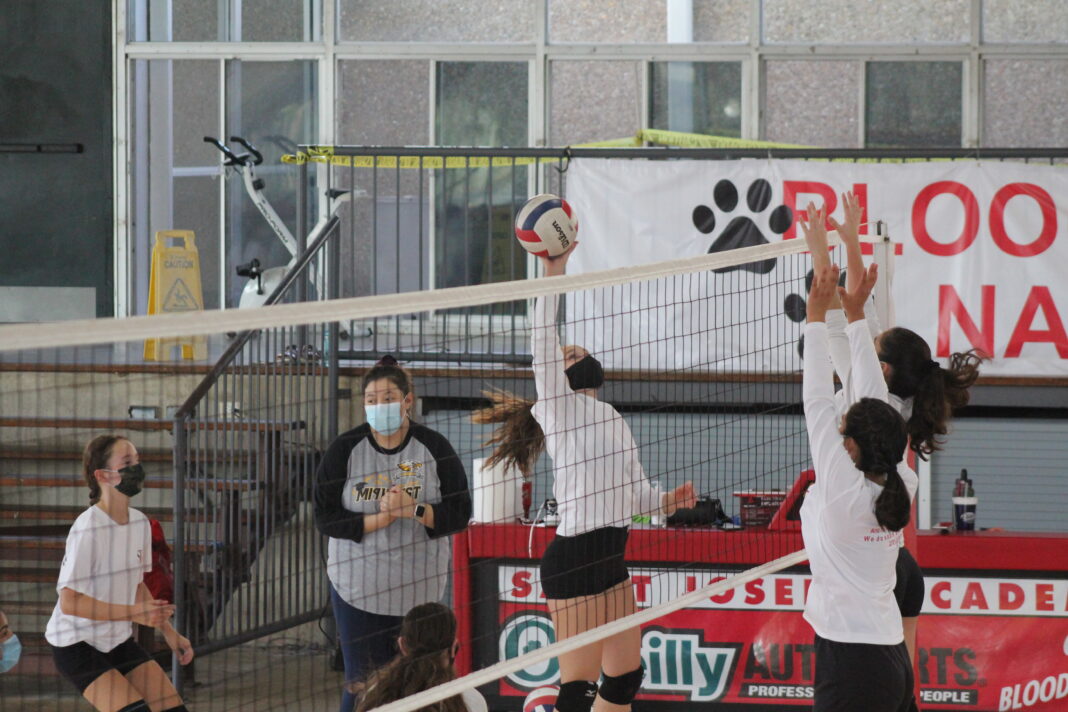 The UIL and TAPPS volleyball seasons will be returning in a fairly “normal” way when the 2021-22 athletic year for high schools begins Monday.

Unlike last summer, teams across the RGV competed in summer leagues and tournaments and are coming into this season feeling more prepared and excited for a full slate. Harlingen High coach Joslynn Torres saw her girls win the Highway 83 league championship Thursday, and now they’re eagerly awaiting Monday to keep building on the momentum.

“We are anxious and beyond excited for (the) season to be here,” Torres said. “Summer 2020 was so hard, having to do virtual workouts, kids not having equipment and us coaches not being able to see if they’re actually pushing themselves to be at their best. This summer being able to see them play again and make up for lost time has been amazing. We are playing at a different level already, so I can’t wait to see what this season has in store for us.”

The Lady Cardinals defeated District 32-6A foe Brownsville Rivera in the championship game. Lady Raiders coach Elizabeth Avelar-Guerra said it was a “rough summer with COVID looming” for her girls, but they still competed and got in some valuable work.

Avelar-Guerra said getting back to a normal offseason showed her what the Lady Raiders need to focus on when practice begins. She put together a challenging schedule to get Rivera ready for a competitive district season.

“The leagues were a good way to get us ready and let us see where we’re at right now. I think we’re in a pretty good spot,” Avelar-Guerra said. “We’re going to take what we learned over the summer and start working on the things we need to improve so we can be better prepared for district games. … Our schedule is pretty rough, it’s a pretty strong schedule to get us prepared.”

Several schools will have new head coaches leading the way Monday. Daya Venegas made the move from Brownsville Lopez to Brownsville Pace, and Rebekah Perez left Brownsville Jubilee to coach at Lyford. Los Fresnos, Harlingen South and Rio Hondo also made coaching changes over the offseason.

Venegas and Perez said summer workouts gave them a chance to begin the transition process and get to know their new players, and now they’re ready to really get the ball rolling.

“I think the girls have a lot of potential. I’ve seen them play, and we’re going to have a good year,” Venegas said. “I didn’t have a lot of time to spend with them in the summer because I just got cleared, like, three weeks ago, but it’s been great. The girls are showing up, they’re super excited for the season and they’re putting in the work, so we’re ready.” 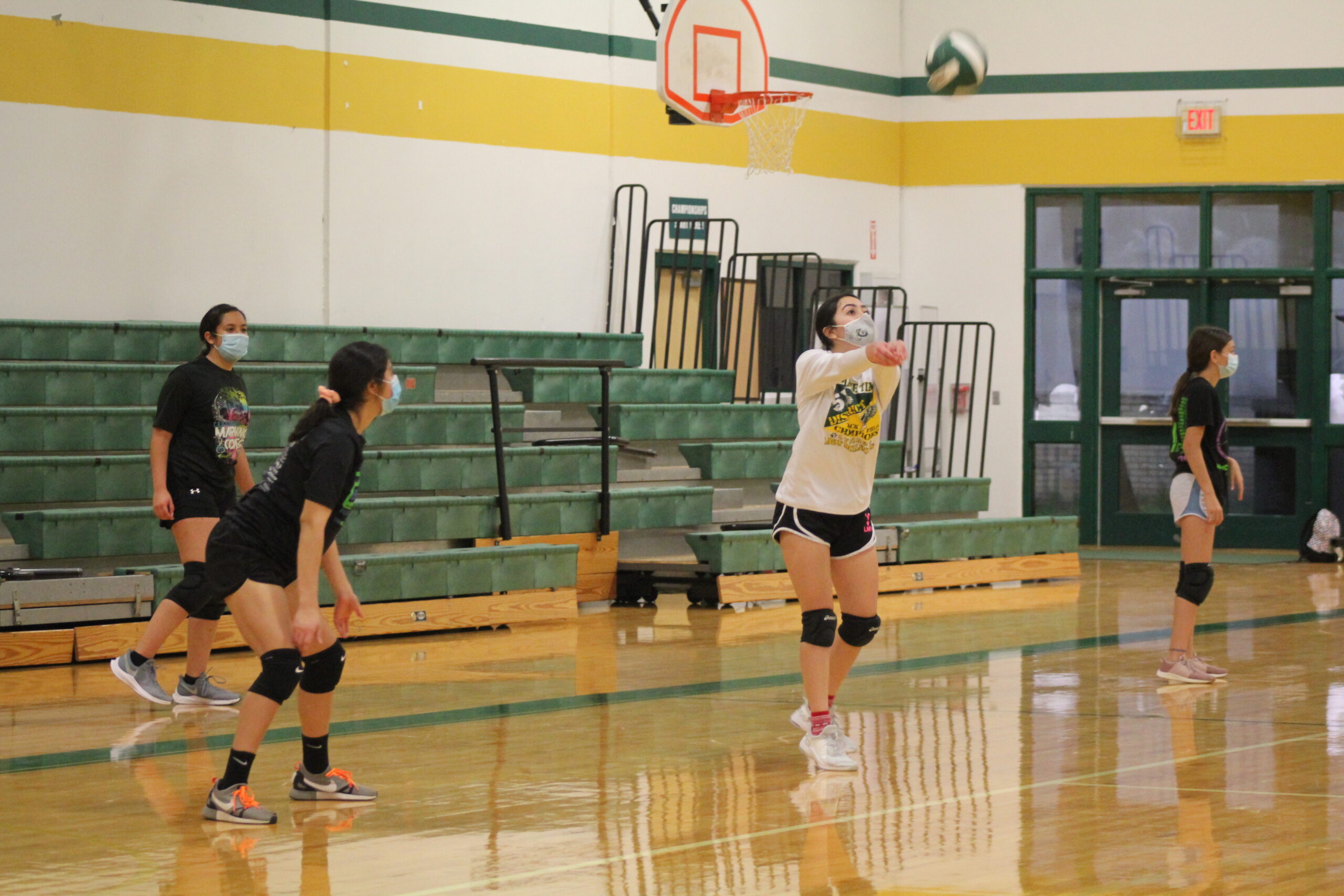 Venegas is bringing the “Midnight Madness” tradition to Pace, so the Lady Vikings will get the season started right when Aug. 2 begins with a workout at the football field. She’s excited to start a new chapter with a talented bunch.

“Moving to Pace was a difficult decision to make after being a part of the wonderful Lobos family, but this profession requires growth in order to challenge yourself. It was the best decision for my family during this time, living in this community,” Venegas said.

For Perez, taking the Lyford job is a homecoming that she’s grateful for. She echoed the sentiment that summer leagues were highly beneficial for the Lady Bulldogs and got her new team a little closer to being game ready.

“I’m excited and anxious. I’ve been eager to get into the swing of things because I’m inheriting a great group of kids who like to work hard,” Perez said. “It does feel a little crazy being back at my alma mater, but I’m excited to see the success these kids will have.

“Being a small school, we have a lot of multi-sport athletes, and some of these kids hadn’t touched a volleyball in a while because they were busy competing in other sports,” she added. “Summer league helps them get into that volleyball mode right before season starts. It was exciting to see them in action.”

The return of tournaments is a big positive for volleyball coaches and athletes. They’re not only crucial for development, but the time together builds chemistry unlike any other part of the season.

Even though the UIL and TAPPS lifted mandatory COVID-19 protocols, many RGV coaches said they’ll still be using some of the safety precautions from last year. Avelar-Guerra said District 32-6A is planning to continue not switching sides after each set, which was one of the changes last season. Masks aren’t required but will be recommended, especially for unvaccinated people, Torres said.

“I’m going to tell my kids, and I’m sure other schools will, too, to try and get your vaccine because it’s only going to make everyone safer. We can’t make anybody do it, but I’m going to strongly suggest it,” Avelar-Guerra said.