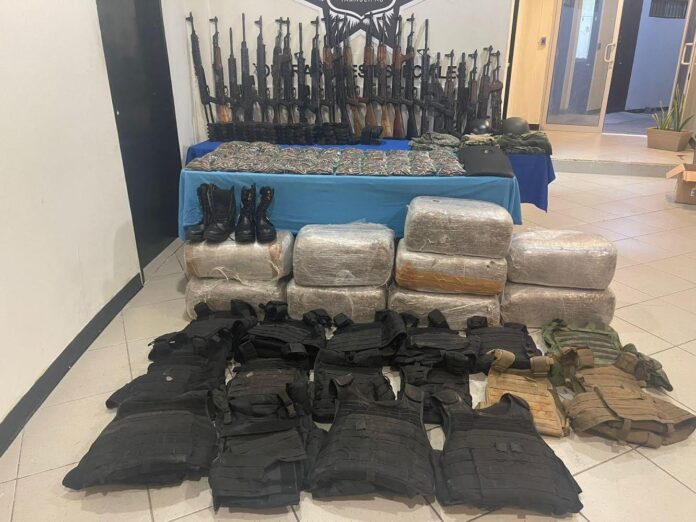 State police officers in Tamaulipas seized multiple weapons, ammunition and six armored trucks in the Mexican city of Miguel Aleman, just south of the Texas community of Roma over the weekend.

They also seized 16 bulletproof vests, about 90 kilograms of marijuana, and six reinforced trucks.

Photos of the pick-up trucks show the vehicles painted in green, windows covered with painted steel that include lookout holes, and bolstered with modifications to the front bumpers. 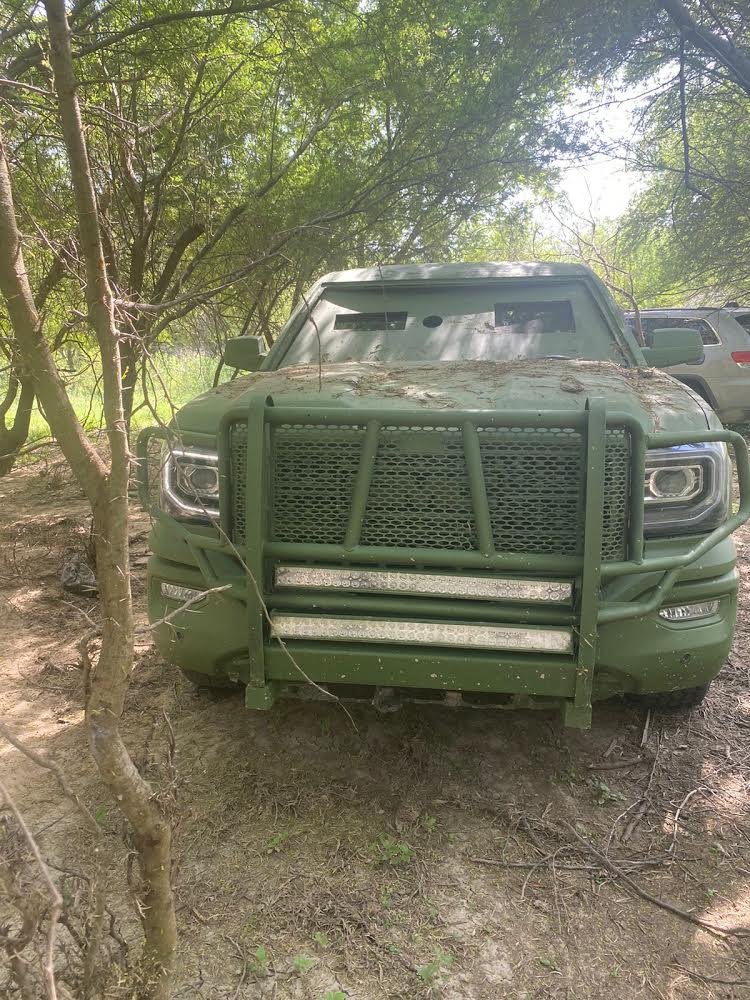 Editor’s note: This story was updated to clarify information about the armored vehicles.