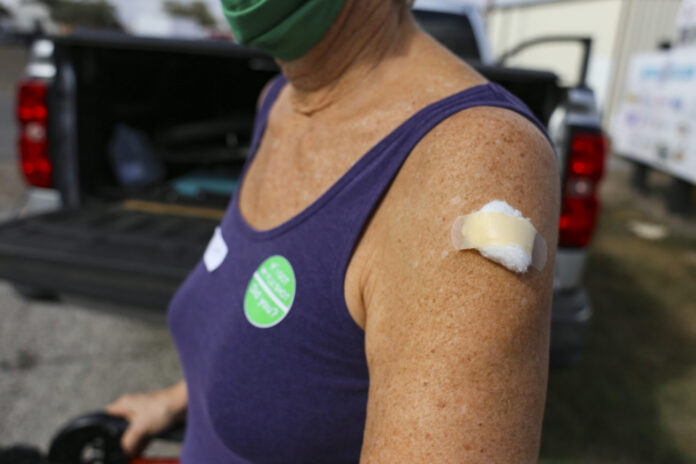 A big enough percentage of Cameron County residents have ignored the pleas of health experts and elected officials to take precautions and avoid gatherings during the holidays that the number of new COVID-19 cases is again reaching crisis levels.

That’s according to Esmeralda Guajardo, administrator of Cameron County Public Health, which on Jan. 6 reported confirmation of 303 lab reports of new cases since Christmas. Because of the timing of the tests, beginning three days after Christmas, the county knows that 85 percent of the 303 cases are related to Christmas gatherings, she said.

“We’re dealing with the aftermath of Christmas get-togethers,” Guajardo said.

“This week people are probably going to the doctors office and trying to get tested, so we’ll get those reports probably sometime next week,” Guajardo said. “Of course people probably think that’s the end of it, but then we have to take into consideration that the Super Bowl is coming up. That could potentially be another situation for us. That’s always a big event, being that we’re a big football state.”

The latest report brings the county’s total number of virus cases to 30,768, with 1,198 deaths, and it’s just a matter of time before the 1,200 mark is surpassed, Guajardo said.

“A lot of people have died who didn’t have to,” she said. “We do need the public to not forget that. I’m afraid that that’s probably what we’re getting to, is that people are forgetting everything that we went through this past summer.”

Skyrocketing July and August earned the Rio Grande Valley the moniker “Valley of Death.” Guajardo said the county’s hospitals are again at capacity and emergency medical services and other front-line personnel are under increasing pressure. Those who refuse to take social distancing, masks and other precautions seriously show a total disregard for others, including the health care providers and others whose job it is to deal with COVID-19 patients, she said.

The virus is commonly spread by people who feel no symptoms themselves.

“I don’t think people realize just how many people are working in response to COVID,” Guajardo said. “I don’t think they understand the sacrifice that everyone is making to address it, to try to contain it. When people are still continuing to get together and not be mindful of the potential spread of COVID-19, it gets frustrating. It gets very frustrating, because these people are putting their lives on hold and they’re putting their lives on the line. It is selfish.”

It’s not a lot to ask for families to forgo gatherings for one holiday season, she noted.

“It’s really sad because we’re starting the year off on the wrong foot,”Guajardo said. “We really are.”

Speaking at a press conference in Harlingen on Thursday, Valley Baptist Health System President and CEO Manny Vela gave profuse thanks to residents who have been heading the advice of experts and officials and taking precautions to stem the spread of the virus. But as he addressed those who refuse to do so despite the urgent pleas of officials and experts, Vela’s voice took on a note of frustration and anger.

“For whatever reason, based on ignorance or arrogance or a disregard for others around us, there’s a small pocket of our population that continues to have an unwillingness to follow the best practices,” he said. “Folks, that’s got to stop. We are at another crisis point in our community because of that pocket of individuals. … I’m talking about the people who to this day are unwilling to put a mask on when they go out in public, who show such a disregard and disrespect for the health of others that it’s negligent.”

Vela said that if he can’t protect his hospital team then Valley Baptist won’t be able to serve the community and take care of people who become sick. He noted that the county got a handle on COVID-19 after the summer’s devastating surge, but then the holidays arrived and too many residents dropped their guard.

“If we don’t learn from history shame on us, and history shows us what happens when we disregard the best practices,” Vela said. “We’re asking people to sacrifice just a hair. … It’s not too late.”