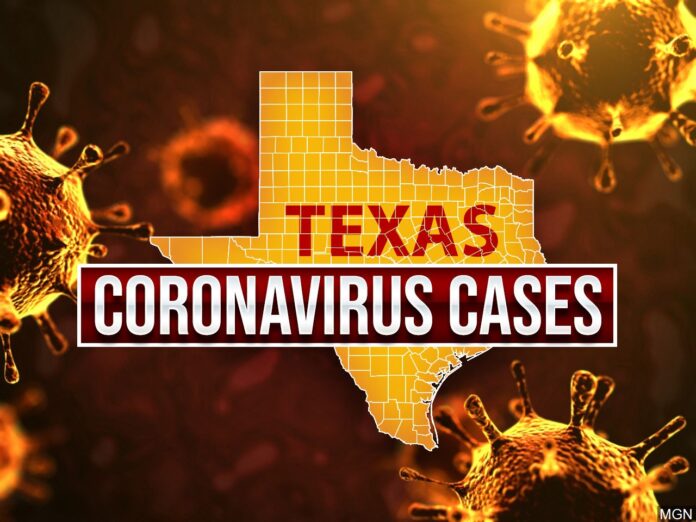 The Texas Department of State Health Services said that there were 7,083 people hospitalized in the state with COVID-19 as cases continue to rise.

Republican Gov. Greg Abbott hasn’t indicated whether he will revert to tougher restrictions on businesses, instead emphasizing in recent days that new therapeutics and vaccines are expected to become available soon.

Texas Attorney General Ken Paxton has taken an even firmer public stance against new restrictions as his office fights efforts in the hard-hit border city of El Paso to impose tougher measures. Paxton sued the county after closing nonessential businesses in October, including gyms and hair salons, as cases began surging.

The state’s latest hospitalization figures come as an appeals court on Thursday night temporarily lifted the shut down in El Paso, where mobile morgues are being trucked in to help overwhelmed hospitals and funeral homes. And on Friday, the appeals court sent the case back to a state district judge with instructions to halt the shut down.

In a statement that Paxton’s office tweeted, he called the appeals court’s Friday decision “outstanding,” adding that “I will not let rogue political subdivisions try to kill small businesses and holiday gatherings through unlawful executive orders.”

But others believe it is only a matter of time. In Houston, the county’s top elected official, Judge Lina Hidalgo, criticized what she called a “vicious cycle of wishful thinking and unsustainable reopenings.”

Abbott has only given county leaders the authority to close bars, which Houston has done.
“We now know inevitably, another pullback is necessary, is going to be coming soon I’m sure,” Hidalgo said.

For most people, the coronavirus causes mild or moderate symptoms, such as fever and a cough that clear up in two to three weeks. For some, especially older adults and people with existing health problems, it can cause more severe illness, including pneumonia and death.

The true number of infections is likely higher because many people haven’t been tested, and studies suggest people can be infected and not feel sick.