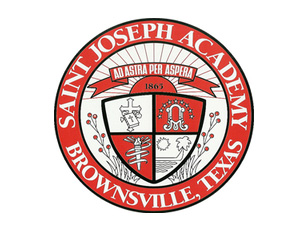 It has been an exciting few days for the Brownsville St. Joseph football program.

They got another reason to celebrate Monday morning when coach and athletic director Tino Villarreal got clearance to begin face-to-face football activities. Villarreal told his football players to be ready to go on a moment’s notice, so he immediately called a practice for 8 p.m. after receiving the green light.

“I’m super happy,” Villarreal said. “We started discussions with the county judge (Eddie Trevnio Jr), the bishop of the Diocese of Brownsville (Daniel E. Flores), and were asking for a waiver for permission to allow us to begin football. We were granted that waiver today, and they gave us their blessing to begin football. The moment that happened, I couldn’t waste another minute so I asked my school for permission to turn on the lights tonight and host a late practice.”

Villarreal said the Bloodhounds started working on getting clearance when TAPPS face-to-face extracurricular activities began Sept. 7. Cameron County orders would have kept SJA sidelined until Sept. 28, putting some of their TAPPS Division II-District 3 contests in jeopardy.

The Bloodhounds already pushed what would have been a season-opening game against San Antonio St. Anthony’s on Sept. 25 to Nov. 13. But with seven district games on the schedule and all of its opponents already practicing, Villarreal didn’t want SJA to fall too far behind, which led to the waiver request and the extra two weeks in its season.

“We were looking at our district… and we were like, OK, if we wait until (Sept. 28), we’re going to have to forfeit some games. But besides that, can we even get our team ready?” Villarreal said. “Obviously, with COVID, you have to follow procedures for the health and well-being and safety of the students. But at the same time, how do you handle the health, safety and well-being of your student-athletes when you’re playing a team who has been practicing for two months before you?”

Villarreal notified the football players and parents when he started the process of requesting permission to start early, so he’s expecting a good turnout at practice even on short notice. It hasn’t been decided whether SJA student-athletes will be able to participate in sports if they do online learning instead of on-campus, but Villarreal said those discussions will pick up since the first hurdle of the season has been cleared.

For now, his focus is on being back under the lights at Canales Field with his team.

“I sent (the players) a memo, and even some parents told me they liked my memo because it said, ‘Be ready at any moment,’” Villarreal said. “That was my message of, ‘Hey, don’t go on vacation now.’ Be ready at any moment, for me, means start running and get your stuff in order. I don’t know if we’re going to have a full house (Monday night) but that’s OK. I’m sure that we’re going to have a good chunk of our kids here (Monday night), and for sure everyone here (today). We’re excited.”