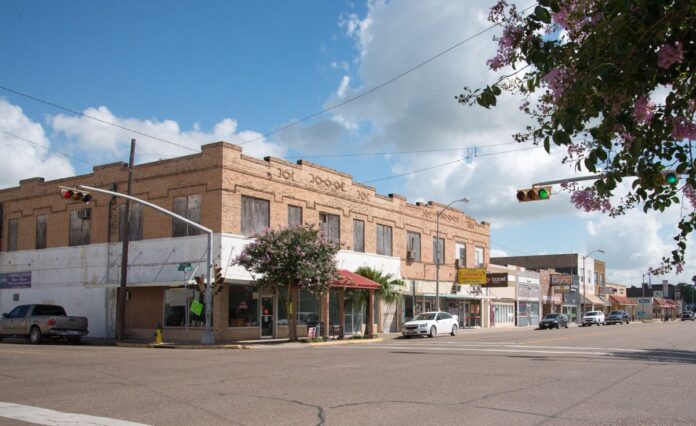 SAN BENITO — The city’s proposed $14 million general fund budget would come with a $1 million street project and no tax hike amid a plan to borrow $9 million to fund a state-mandated sewer system overhaul.

Earlier this week, city commissioners approved the first reading of an ordinance setting the budget that includes proposed 3-percent employee pay increases and climbing sales tax revenues despite the economic crisis stemming from the coronavirus pandemic.

“ We’re in a pandemic — I think this is a reasonable budget,” City Manager Manuel De La Rosa told commissioners during the meeting Tuesday. “We’re going to have a surplus. A lot of that is fiscal conservative spending.”

As part of the proposed budget, officials plan a $1 million street overlay project.

Under his proposal, De La Rosa plans to pull $550,000 from the city’s $4 million reserve fund to bolster the city’s annual $450,000 street repair account to fund the $1 million project.

Meanwhile, the city’s reserve fund would give the city 120 days’ worth of back-up revenue to maintain operations during an emergency, he said.

However, commissioners, he said, will decide employees’ pay increases later this year.

While many other cities struggle with sluggish sales tax revenue amid a slowdown in consumer spending stemming from the pandemic, the city’s bucking the trend.

Under the proposed budget, De La Rosa is projecting $3.5 million in sales tax revenue compared with the current collection of $3.3 million.

The city’s climbing sales tax collections are following a trend set at least a year ago.

As part of the proposed budget, the city is setting aside $150,000 for the purchase of five police cars while adding a police dispatcher to the payroll, earmarking $27,951 for the position, Finance Director Belen Peña said after the meeting.

Under the $4.1 million water production fund, the city plans to set aside $85,696 to fund four positions, each paying annual salaries of $21,424, at the city’s newest water plant.

Now, officials are preparing to re-open the plant built about 10 years ago after a previous administration shut it down in 2014 while it filed a lawsuit charging the plant didn’t properly operate.

At the time, he discussed boosting water rates to offset a water production fund shortfall of $880,022.

No tax hike amid bond issue

The proposed budget comes without a property tax hike.

Last month, commissioners unanimously voted to borrow $9 million through the sale of certificates of obligation to fund a state-mandated sewer system upgrade as the clock ticks toward the project’s March 2023 deadline.

For 10 years, the Texas Commission on Environmental Quality has warned the city faces severe fines and corrective action if it fails to complete the project by the deadline.

For about two years, officials have braced for the project to force the city’s 72-cent property tax rate to climb by as much as three cents.

But under the city’s finance plan, property owners won’t face a tax hike.

However, officials might consider a water rate hike as early as next year.

Meanwhile, the city’s Economic Development Corporation is considering earmarking $137,000 to help pay off debt as it completes its annual payments on the city’s 20-year-old police station.

Last year, commissioners borrowed $1.5 million through the sale of certificates of obligation to fund the planning and design phase of the project to rebuild the sewer lift stations.

For about 10 years, the multimillion-dollar sewer system overhaul has loomed over one of Texas’ poorest cities.

As part of a 2012 agreement, the Texas Commission on Environmental Quality is requiring the city upgrade its sewer system by March 2023 or face severe fines and corrective action as a result of sewer spills about 10 years ago

In October 2012, the city entered into an agreement with TCEQ to participate in its Sanitary Sewer Overflow Initiative program following a series of sewage spills near the Arroyo Colorado totaling 49,000 gallons from November 2009 to January 2010.

As part of an agreement, the state waived penalties, ordering the city to upgrade its sewer system by March 2023 or face severe fines and corrective action.