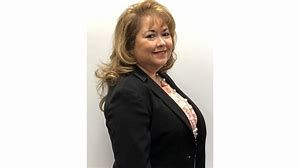 MISSION — The area school district was among those to start the year under new leadership as the board of trustees recently hired Carolina “Carol” Perez as the new superintendent.

Perez returned to the Rio Grande Valley this summer to lead the district her father attended as a child, after former superintendent Ricardo Lopez left the district in 2017 to lead the Garland school district near Dallas.

Perez was born in Monterrey, Mexico, but raised her entire life in the Valley where she attended school and received her bachelor’s and master’s degrees at the then University of Texas Pan American, now UTRGV. She later attained her doctorate degree in education from Texas A&M Kingsville.

Her tenure in education started 32 years ago in the La Joya and McAllen school districts, where she began as an English teacher and eventually moved up to administration.

Before returning to the Valley, Perez led the Kingsville school district, where she began as assistant superintendent six years ago and moved on to the superintendent role four years ago. The rural district has many challenges, she said, and in this Q&A she addresses some of the reasoning behind their low score in this year’s state accountability ratings along with her goals and hopes for Mission CISD.

What drew you into education?

I was brought up with a father, a mother and I was one of five daughters. I was the middle child. My parents both were very strong advocates for higher (education). My father loved education and he always felt that the best way for him to provide for his daughters was to make sure that we became independent citizens, especially us being women. He wanted to make sure that we knew there was no limit to learning and that gender didn’t matter, that we could do anything that our male cousins could do.

My father grew up in Alton, Texas, and he loved education but didn’t have an opportunity to pursue higher (education). But every time he had an opportunity, he was a life-long learner, always taking evening classes to learn about small-motor engines and all kinds of things. He was a carpenter, he was a plumber, he was a mechanic, and we were always right there helping and learning.

No matter what time of the day he got home, he needed to check our homework to make sure we got the opportunities that he didn’t have, that both my parents didn’t have. He was always pushing us to do better; he believed that we could do better.

I think that commitment from my parents was the catalyst that we didn’t want to let them down.

How did you transition from teacher to administrator?

I was very blessed with very strong mentors. At La Joya ISD I had a very strong mentor, Mr. Louie Garcia, who always pushed us and provided a lot of support to all of his teachers. Another campus principal in McAllen, Mr. Hector Guerra, he came up to me and said ‘The school district is offering reading scholarships and I need you submit an application for that.’ So he pushed me to pursue my masters in Literacy, Language and Culture, and I was one of 35 participants that McAllen ISD recruited for that program and there were many educators from around the Rio Grande Valley. It was an invaluable experience because we got to network and see what other districts are doing.

Then McAllen ISD had a vacancy for reading recovery teacher leader, that involved going off to Texas Women’s University for a school year to go and work on part of a Ph.D program for reading for students with reading difficulties and to come back to the school districts and train teachers in that model.

I was hired to do that and went off for a whole school year, with pay, and worked on Ph.D level literacy courses. That prepared me to come back and train teachers with the hardest-to-teach kids, children with reading difficulties, and that became my passion.

After that my boss retired, Gracie Farias retired, and recommended me to apply for her job, which I did and that took me into the curriculum route.

What prompted you to return to the Valley?

I have very strong ties here in the Valley, especially in La Joya, Mission, McAllen areas. I always wanted to go out and learn and bring back that learning to come and make an impact in my community.

I am very fortunate that Mission CISD was able to offer that opportunity. The Mission school district has always had a tradition of high expectations in being a premier school district, very progressive.

What are those lessons or goals you hope to implement in the district?

Our goal is to make sure that we work collaboratively to take the district to the next level. We have a good, sound district and now is about pushing the envelope and making sure that we have the greatest district in the area.

Any areas where you see room for improvement?

Yes. One of the things that we are looking at is launching our attendance campaign. We are looking at making sure that our students are in class on a daily basis, because lessons lost can never be re-placed. Yes, we might offer tutorials, we might offer credit recovery and so forth, but the dynamics of a first teach can never be replaced because children interact, ask questions in a bigger setting and are able to show their points of views and have discussions. When you work in the tutorial setting with a smaller group you really cannot replicate the lessons lost.

In 2017 we were at a 90.43 (percent) attendance rate, so we are going to launch an attendance campaign where we are going to provide some incentives at the campus level and that is something that will be presented at our next board meeting. Our goal is to have a 95 percent, we want a five-percent gain, and to really do that we need to set the standard even higher. So we are looking at set-ting the standard at 98 percent at the elementary level and 96 percent at the secondary.

Perez worked at Kingsville Independent School district for the last six years, and led the district as superintendent for the past four years. The small district of 3,388 students was one of the few to receive an overall F grade — 57 out of 100 — in the latest state accountability ratings by the Texas Education Agency, while Mission school district received an overall XX.

Kingsville’s lowest score was in the Closing the Gaps domain which was also an F, as most students didn’t meet two of the main goals, Academic Growth/Graduation Rate and College, Career or Military Readiness. The students did meet, however, their English Language Proficiency goals at 100 per-cent.

The district also received two D grades in the domains of Student Achievement and School Pro-gress. This was mainly due to only 28 percent of the students meeting grade level in STAAR Perform-ance and getting a 59 out of 100 in Academic Growth in Reading and Math.

What do you make of the overall performance of Kingsville ISD?

One of the reasons is because when you look at the domains with the military readiness, the college and career readiness and so forth, they already know where to focus on and that’s what they are focusing on and the Early College High School model is really going to help them. But in the spring TEA published the certifications that would be counted for college and career and unfortunately that district didn’t have those particular programs, which now we were able to get the High School Re-design grant, and we’ll be able to get more courses in automotive and so forth that is going to be providing that type of certification.

Here in the Valley we are very rich in resources, we do have a stronger workforce here. What I mean by stronger is that we have more numbers, we have the workforce, so we are able to offer a lot more courses here.

The assessments of military and career readiness were very new and in some of those areas the in-formation is very limited. Here we are very fortunate that we have Region One and we have a lot of information available to us.

It’s not about making excuses. It’s about being realistic that is not until people walk in the shoes of that particular rural district, that people are able to understand the complexities. But we are also very proud of the fact that even that particular district six years ago our beginning teachers were earning $32,000 and we were able to move it this year I believe to $44,000. Our attendance rate also went up from the 90s to about 94.6 (percent) last year.

Our child nutrition program was in the deficit by $300,000, we were able to not only bring it up but now it’s operating in the black and through the extra funding we are able to equip several new cafeterias. So there were a lot of things that were accomplished and the foundation and systems for academic growth are in place and it’s going to continue to blossom.