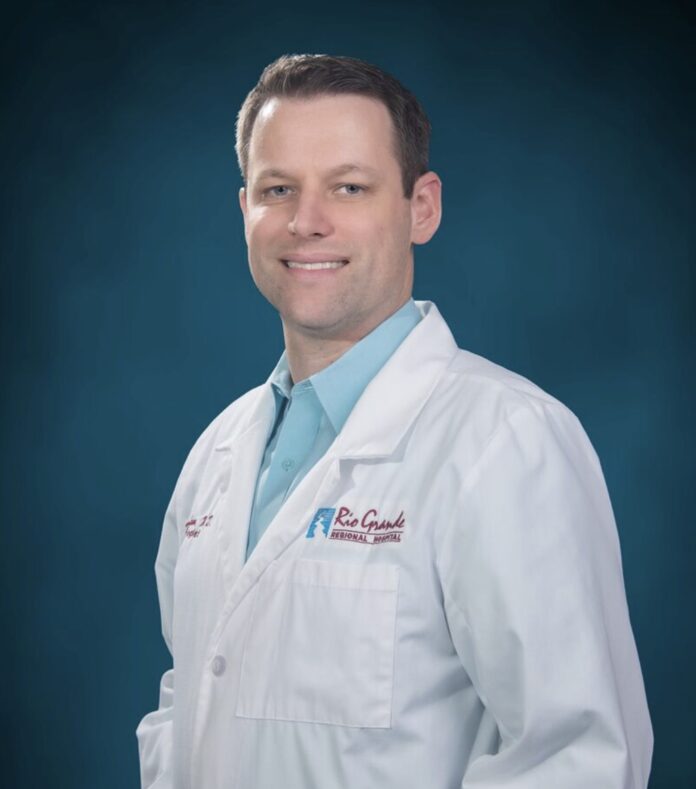 By: Dr. Kevin McMahon, Epileptologist/Neurologist
November is National Epilepsy Awareness Month and Rio Grande Regional Hospital (RGRH) understands the importance of creating awareness to support the more than 3.4 million people with epilepsy nationwide. Epilepsy is a condition that affects the central nervous system in which brain activity becomes abnormal causing seizures. This causes disruption to the brain’s normal activity resulting in a temporary communication problem among nerve cells adversely affecting a person’s quality of life and mental health.

There are many different causes of epilepsy, which include congenital anomalies, developmental disorders, trauma, abnormal brain growths, genetic disorders, and strokes. Epilepsy can be developed during childhood or later in life, and for some people with epilepsy, especially those who developed it at a young age, the seizures may become less frequent or eventually go away, depending on the cause or type of epilepsy.

The Epilepsy Program at Rio Grande Regional Hospital led by Dr. Kevin McMahon, Epileptologist/Neurologist is committed to making a rapid diagnosis. Patients who experience a seizure will have an initial comprehensive evaluation by a neurologist. A diagnosis is made by obtaining a witnessed account of a patient’s seizure, along with brain imaging and a specialized test called an electroencephalogram (EEG).

In addition, some epilepsy conditions also require surgery for more advanced treatment. RGRH facilitates this treatment with a device known as Vagus Nerve Stimulator (VNS). VNS sometimes referred to as a “pacemaker of the brain” is implanted under the skin in the chest and serves as a neurostimulation that sends mild pulses of energy to the brain lessening seizures.

A critical aspect of the comprehensive management of epilepsy is paying extra attention to the safety of each individual and managing each patient’s epileptic condition to allow the pursuit of one’s goals without limitation. To learn more about the services offered at RGRH please visit RioHealth.com.

How is pancreatic cancer diagnosed? What are the signs and symptoms?