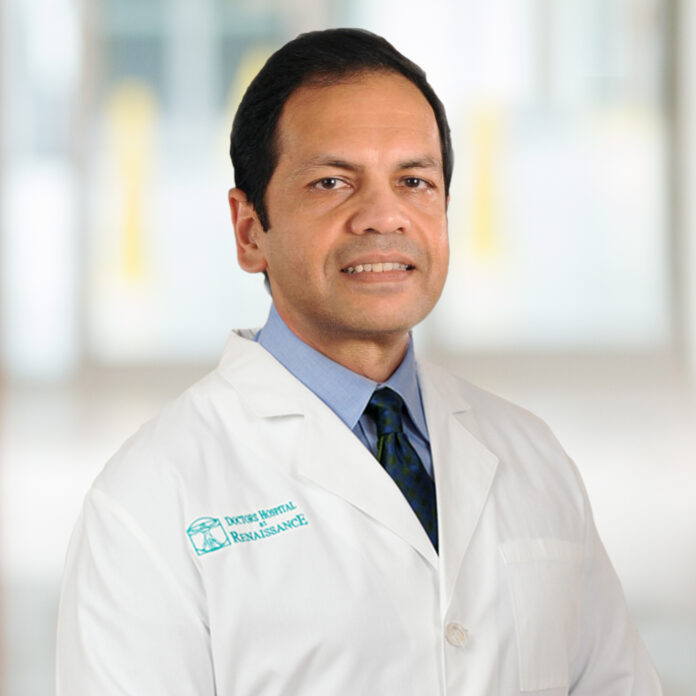 Atrial fibrillation (AFib) is one of the most common heart conditions and heart rhythm disorders. Currently there are over 5 million people affected by AFib in this country, increasing exponentially every year.  Your chances of being affected by AFib increases with age.  About 10-20% of Americans in their 80’s will have atrial fibrillation.  This is an under-recognized epidemic.  Obesity and sleep apnea are powerful contributors to this condition and while most other forms of heart disease have declined in recent times, atrial fibrillation continues to persistently get fueled by obesity.

AFib is a chaotic irregular rapid rhythm of the upper heart chambers.  It often presents with palpitations, shortness of breath, lightheadedness, chest discomfort, fatigue, lack of energy; rarely asymptomatic, it may be discovered incidentally on an EKG; ominously the first presentation could be a stroke or TIA (transient ischemic attack).  Blood clots can form in the left atrium during atrial fibrillation and travel to the brain causing stroke.  Some patients present with stroke and without obvious risk factors (“cryptogenic”), but seem to be in normal rhythm and need long-term monitoring of the heart rhythm to exclude periods of atrial fibrillation which could be clot-forming.

Anticoagulants are medicines that help prevent clots.  Fortunately, there are new oral anticoagulants that are well tolerated and do not require blood testing like warfarin.  Most patients will need medication to control the rapid heart rate and this alone may improve symptoms or restore normal rhythm.

In some patients normal rhythm resumes spontaneously in minutes to days   (“paroxysmal” AF). In other patients AFib is said to be “persistent” when it requires an external electric shock (cardioversion) to restore normal rhythm. Persistent AFib may be “early” when it lasts more than 7 days, but less than 3 months, or “long-standing” when it lasts over a year.  “Permanent” AFib is when the physician and patient have decided to accept the status quo.  “Permanent” AFib represents a progression in the disease and with progression comes increasing difficulty in restoring and maintaining normal rhythm

In the short-term, rhythm can be restored by an external electrical shock to the sedated patient.  Besides providing immediate relief of symptoms, this external procedure is useful in determining whether or not AFib is contributing to the symptoms, most of which are quite nonspecific.

With anticoagulant and rate control drugs, an anti-arrhythmic drug is frequently initiated to help the patient.  This must be carefully individualized to the patient and can be successful in maintaining normal rhythm to about 50-60% of the time at 1 year. Several side effects often lead to discontinuation of the antiarrhythmic drug and there is some evidence for increased mortality.

Catheter ablation is a hospital-based procedure that targets triggers of AFib.  More than 90% are in the pulmonary vein and the left atrium. The procedure is done under general anesthesia and involves putting wires through the veins to the heart, searching for triggers with the help of 3D mapping and getting rid of these triggers.  Five year success rates of 80-90% can be expected if patients are treated early in the disease.  Rates drop to about 50-60% at 5 years for patients who are in later states of the condition.  It is important to understand that occasional patient’s, especially those in advanced stages of their AFib may need a repeat procedure, even with the best medications.

Addressing obesity, if present, is an important: it is estimated that a 10% weight loss can increase the success of maintaining normal heart rhythm about 50%.  Perhaps equally important is identifying and treating obstructive sleep apnea.

A 3D map generated during an ablation procedure; in red the 4 pulmonary veins; in magenta, the left atrium from behind (Left) and from front (Right). The little red dots mark sites where radiofrequency current was delivered to the heart.

In the last few years many clinical studies have attested to the safety and efficacy of catheter ablation for atrial fibrillation. It has been shown conclusively that ablation is more successful than medication for maintaining normal rhythm, relieving symptoms, and improving the quality of life. Only in the last year has it become apparent that it also slows the progression of the disease.  When used early it reduces hospitalization and decreases mortality in those with heart failure (irrespective of whether the left ventricle is weak or normal).This is why national and international societies are recommending ablation over medication in patients with symptomatic atrial fibrillation and in many even prior to drug therapy. Of course the decision between drugs vs ablation must be made after consultation and respecting patient preferences.

An abnormal heart rhythm can be scary.  If you or your loved one are experiencing symptoms of an abnormal heart rate and would like to schedule a consultation with one of our experts, please call the DHR Health Heart Institute at (956) 362 8430.

Prostate Cancer: What are the risk factors and when should I start getting screened?

A stress-free heart is a healthy heart.

What are the symptoms of prostate cancer? Are there treatment options?